What is Bharatmala Pariyojana?

Background
• The National Highways Development Program (NHDP) launched in 1998 has reached maturity and necessitated re-defining road development and have a macro approach while planning expansion of the national highways network.
• Further, there is infrastructure asymmetry across India which has led to congestion. Therefore, there has been a dire need to address such asymmetry and revamp national highways network.
Hence Bharatmala Pariyojana has been launched as an umbrella program whose primary focus is on optimizing the efficiency of the movement of goods and people across India 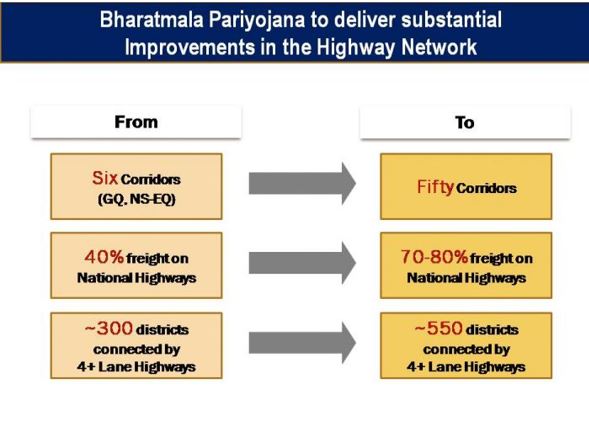 2. Improvement in Passenger Movement: The network would improve passenger movement on NHs. Further, standardized wayside amenities on the corridors will improve convenience of passengers

3. Improvement in average speeds of vehicles:

The improvement in average speed would have 3 benefits: 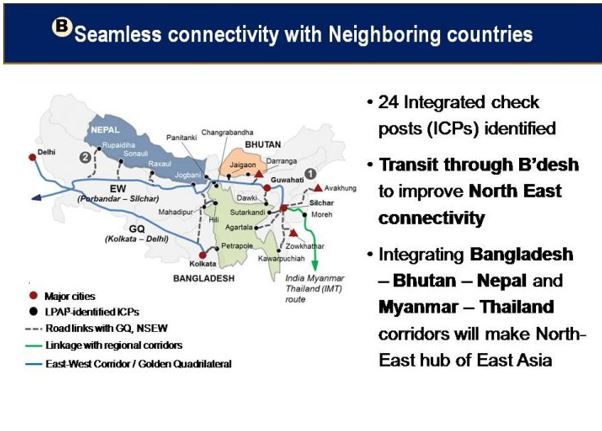 Bharatmala Pariyojana, hailed as India’s biggest highways development plan is expected to revolutionize the Indian highways and foster connectivity, growth and development. However, prompt land acquisitions, environment clearances and adequate and timely funding are prerequisites for effective implementation of projects under the programme.