CAN INDIA DE-COUPLE ITSELF FROM CHINESE MANUFACTURING?

The overdependence of medical equipment during COVID-19 Pandemic on China and the recent border clashes with it in the Galwan valley in Eastern Ladakh has reignited questions about India’s dependence on Chinese manufacturing. India’s imports from China in 2019-2020 reached $65 billion, out of $81 billion two-way trade.

Is this Pandemic a ‘blessing in disguise’ for Indian manufacturing? How well is India equipped to attract the companies that are relocating itself from China? Can Indian manufacturers free themselves from the deeply integrated supply chains with the manufacturing juggernaut China?

How far has the ‘Make in India’ initiative reduced India’s dependence on China?

Make in India initiative aimed at strengthening the manufacturing ecosystem of India. It’s a quest for a self-reliant India, which strongly relies on a thriving domestic industry which is local but acts globally, and is an integral part of global supply chains. Despite this initiative, our dependency on China has actually gone up in the last five years. India exports a lot of raw materials and intermediate products, and imports finished products from China.

Our dependence on China is huge mainly because:

Therefore, it’s going to be a difficult choice for India to get out of this dependence and search for alternative partners.

Concentrations and key sectors where dependency is acute on China: 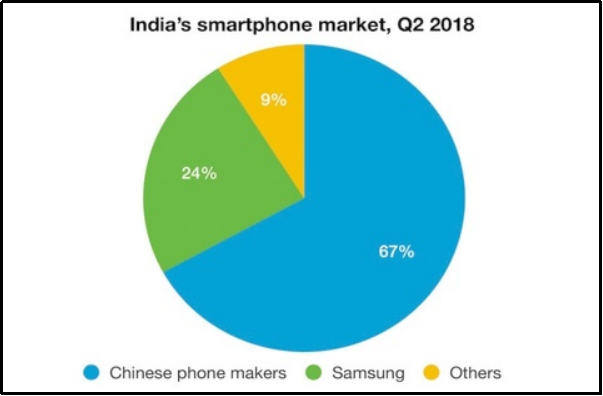 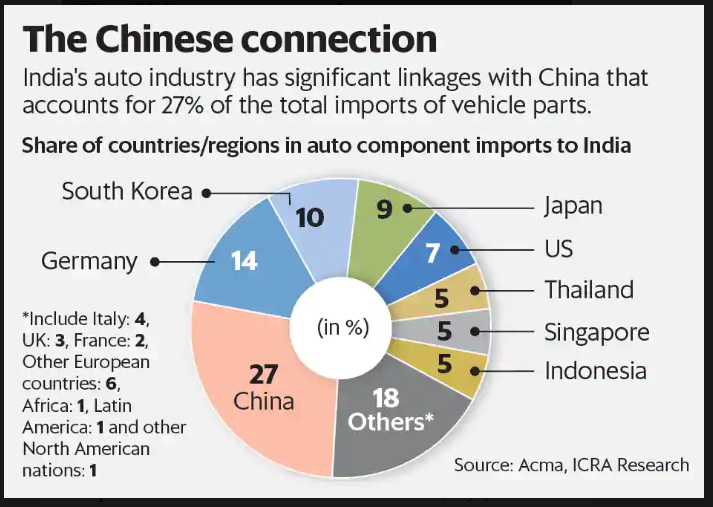 Can India replicate what China did in the 1990s?

China followed a global market-driven industrialisation strategy and an export-driven strategy in the 1990s to restructure its manufacturing ecosystem. But after the Global Financial Crisis in 2008, global value chains have in fact become more local. Countries are depending more on their own economies rather than on global markets. Thus, the strategy that China followed, when a large part of the demand came from global markets is difficult to replicate in the present era of protectionism and de-globalization.

Will industries on a large scale relocate itself from China to India?

China is central to a very large number of global and regional supply chains. It is because:

Post COVID-19 situation, the emphasis on the part of businesses is to make these chains shorter, more resilient, more durable, and locate them closer to the final demand markets. As a result of which, shifting physically supply chains out of the Chinese geography and it’s connected arms i.e. Hong Kong and Taiwan — is going to be pretty difficult because the geography offers agglomeration advantages, moving back and forth across borders and offering integrated facilities.

Despite being an open economy and offering attractive terms to foreign investors, there is a huge gulf between the FDI inflows between China and India. Priorities are as follows:

Why are South-East Asian economies attracting industries in huge numbers?

Economies like Vietnam, Malaysia, Thailand, Cambodia or Bangladesh are competing for a slice of the pie of the relocated supply chains. There is a cultural commonness in business practices across regions that we can find in China, Japan, Korea, and large parts of South-East Asia, the emphasis on settling disputes through dialogues, the emphasis on informal consultations, as opposed to what we see in India.

Despite having small markets, they have the ability to provide access to other markets in a far more effective fashion. Example: Vietnam concluded a free trade agreement with European Union, which will offer two advantages: relocated firms can take advantage of the European market and they can also export back to China. Along with that, they have the advantage of the greater ASEAN and Asia-Pacific region.

WTO is the best set of rules for global trade as well as regional trade. Unfortunately, due to the issues in functioning of WTO, member countries have moved on to pursue regional agreements and bilateral agreements. RCEP got concluded without India.

India is aiming to work towards relocation of supply chains with like minded partners, countries like Japan, Korea, Vietnam, which are all members of RCEP. These partners have a completely different sub-regional trade understanding and they will follow the rules of origin as per the RCEP agreement. This leaves little space for India to become the lynchpin.

India must strike a balance between trade agreements and indigenization of products. Policymakers must not send conflicting signals to the investors. The policies have to be transparent, predictable and consistent.