For old Archives of 7pm editorial Summary, Click on “Archives”

COVID-19 and the crumbling world order

Context: COVID-19 and the World Order

The lethal combination of an interconnected world and a deadly virus without a cure is taking humanity into unfamiliar circumstances. COVID-19 thus will fundamentally transform the world order, its balance of power, traditional conceptions of national security and the future of globalisation.

This brings us to the questions of impact of COVID-19 on world order. In this article, we will explain the below:

How COVID-19 is crumbling the world order?

How China is overcoming the crisis of COVID-19?

How is the world moving away from neo-liberalism? 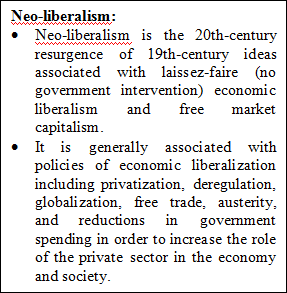 How COVID-19 would lead to new-age racism?

Amidst the socio-economic disruptions caused by COVID-19, the human race is simultaneously also learning to adapt to the newly emerging systems and processes.  The battle against COVID-19 is similar to the one mentioned in Indian mythological story of ‘Samudra Manthan’ or the ‘churn of the ocean of milk’. The churn was a battle fought between the gods and the devils in order to obtain ‘Amrita’ – the nectar of immortal life. The world today is facing the COVID-19 devil and all humans are fighting to protect our lives and ensure the well-being of the human race.

However in the process, the humanity is also moving towards protectionism, with each country stocking for them. As Former National Security Adviser Shivshankar Menon rightly warns, “we are headed for a poorer, meaner and smaller world.”