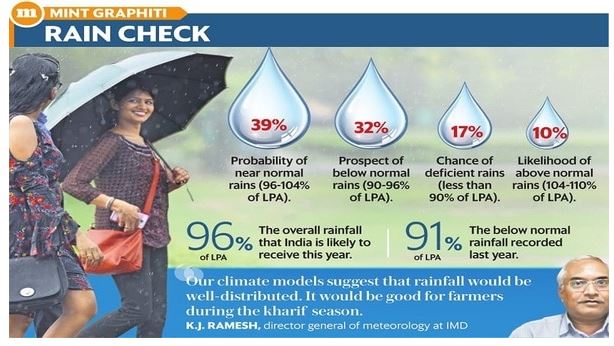 What is El Nino

Other factors on Indian monsoon
• Location of warming in the pacific: Researchers believe that the location of the warming in the Pacific may possibly have an influence on the monsoon. Anomalous warming in the Central and East could have a more profound adverse impact on the monsoon than when the warming shifts to the adjoining far east Pacific. Current conditions suggest that the warming is in the Central and East region than the far east Pacific, which could suggest a weaker monsoon this year.
• Extent of the Himalayan/Eurasian snow cover: Less snow cover means a warmer subcontinent, which can help to intensify the monsoon circulation and bring more rain.
• Progressive heating of the land during April-May-June 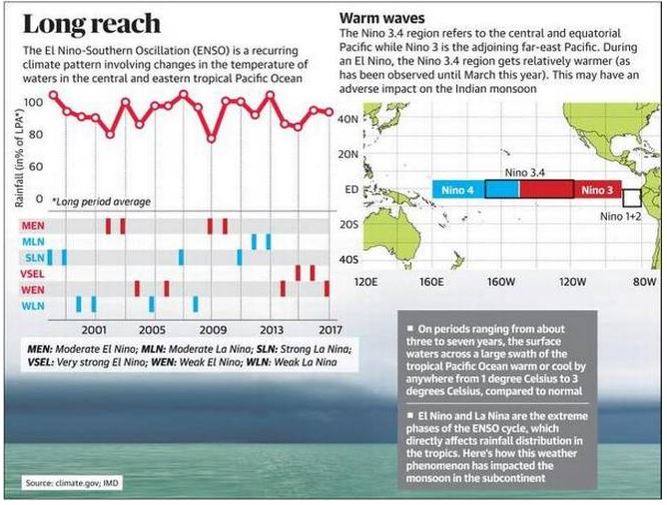 The rain-fed kharif crops are heavily dependent on the monsoon and the quantity of rainfall determines agricultural production. IMD will monitor the El Niño conditions and update its forecast in the first week of June, with predictions for region-wise and month-wise rainfall. The monsoon forecast is crucial, as it directly influences agricultural production and has a spiralling impact on inflation and growth.