What is health financing?

Health Financing refers to the mobilization, accumulation and allocation of money to cover the health needs of the people in an equitable and efficient way.

Sources and status of health finances in India:

Note: National Health Policy, 2017 commits government health expenditure to reach 2.5 per cent of the GDP by 2024-25. 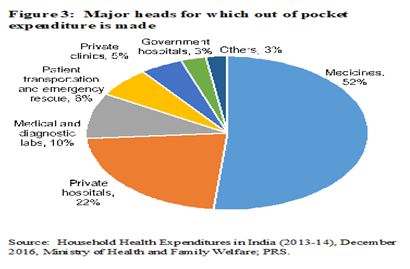 In 2001, the Thai government established an autonomous Thai Health Promotion Foundation popularly known as the Thai Health. Funding for Thai Health comes from 2% dedicated tax on tobacco products and alcohol beverages, over and above the existing tax structure and the money is used for health promotional activities.

Introduced in 1999, the scheme makes it compulsory for every person uninsured by any other health insurance to join a CBHI