Ms. Sabrina Meng Wanzhou, Huawei’s CFO and daughter of Huawei’s founder Ren Zhengfei, was detained at a Canadian airport on December 1, 2018, by Canadian authorities on a request made by US. Though MS. Meng got a bail but she could be extradited to US. Though charges against Meng have not been made public but as per reports, US has placed following allegations against Huawei:

However, the stand taken by US vis-à-vis Huawei has been criticized on the following grounds:

Implications of the ensuing dispute:

Although, US action against Huawei’s CFO could send shivers to other countries trading with Huawei resulting in loss of revenue to Huawei but India has taken a principled stand on the issue. Refusing to toe-in arbitrary US injunctions, India has invited Huawei recently to participate in field trials of 5G equipmentbecause: 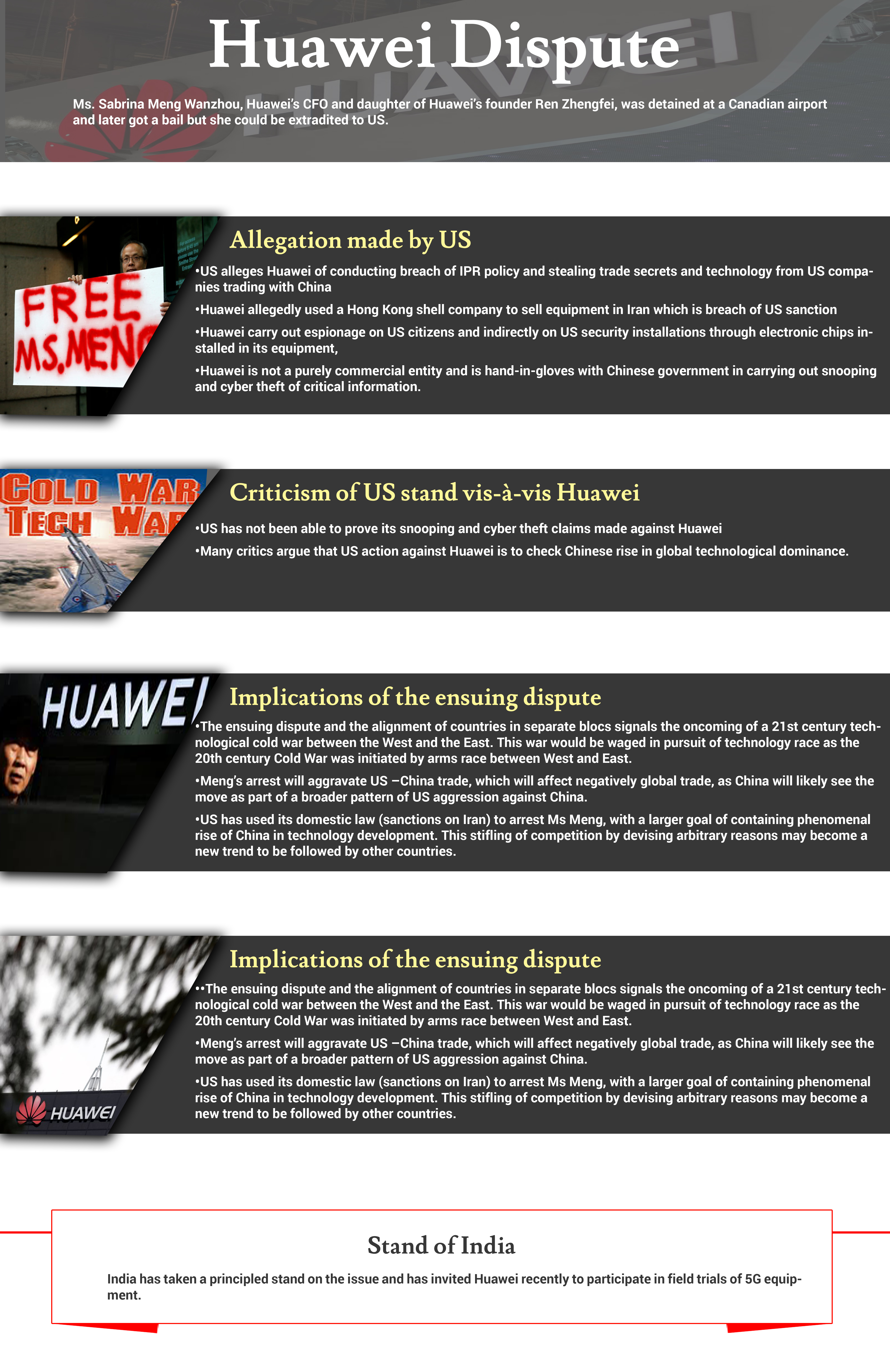