The preliminary assessment report circulated by the Secretariat of UNCCD finds that between 2000 and 2015, 20% of the world’s productive and healthy land has degraded.

What is land degradation? 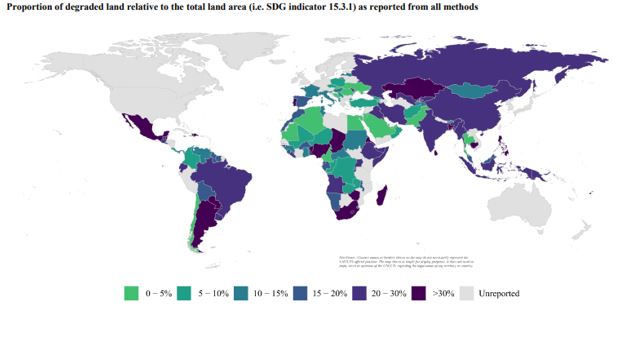 According to Report released by ISRO, 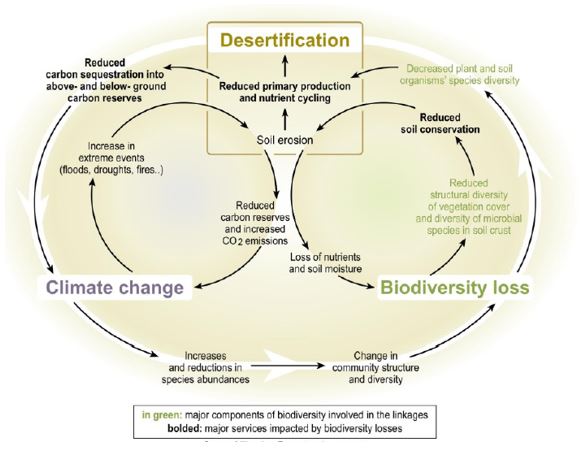 3. Dust storms: increased frequency and severity of dust storms is one of the manifestations of land degradation; particularly in dry lands.

5. Impact on water: Land degradation cause increased pollution and sedimentation in water bodies, clogging waterways and causing declines in fish and other species

6. Impact on food security and relation with poverty: 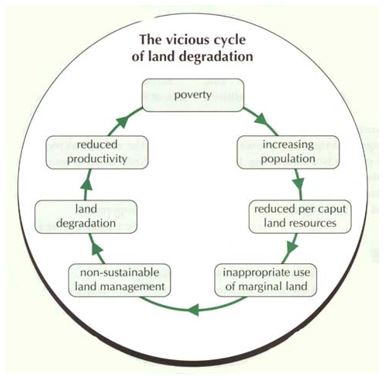 Established in 1994, UNCCD is a legally binding international agreement that seeks to combat land degradation and desertification.

Sustainable Development Goal: SDG 15.3- “by 2030, combat desertification, and restore degraded land and soil, including land affected by desertification, drought and floods, and strive to achieve a land-degradation neutral world”.

Other schemes to mitigate concerns over desertification and land degradation:

It is important to secure land rights and access to natural resources for the poor. Further, alternative livelihood opportunities should be provided to rural poor in vulnerable areas.