Context:The role of inputs in agriculture plays a major role in sustainability and viability of agriculture.

The debate in India on reforming agriculture mainly revolves around the issues of loan waivers and MSP etc. and hardly delves into the input side of agriculture, which often remains neglected.One of the main agricultural input, which needs streamlining in electricity supply that goes into agriculture.

Usage of electricity in agriculture:

Problems with usage of subsidized electricity in agriculture:

Why is it a challenge to control power subsidies:

Under these circumstances a solution to the energy-groundwater nexus cannot be considered realistic if it is based on a withdrawal of subsidies from farmers, while at the same time current system of electricity provision to agriculture is unsustainable. Therefore any solution has to balance both the sides of the argument.

What can be done to reform the power subsidy sector? 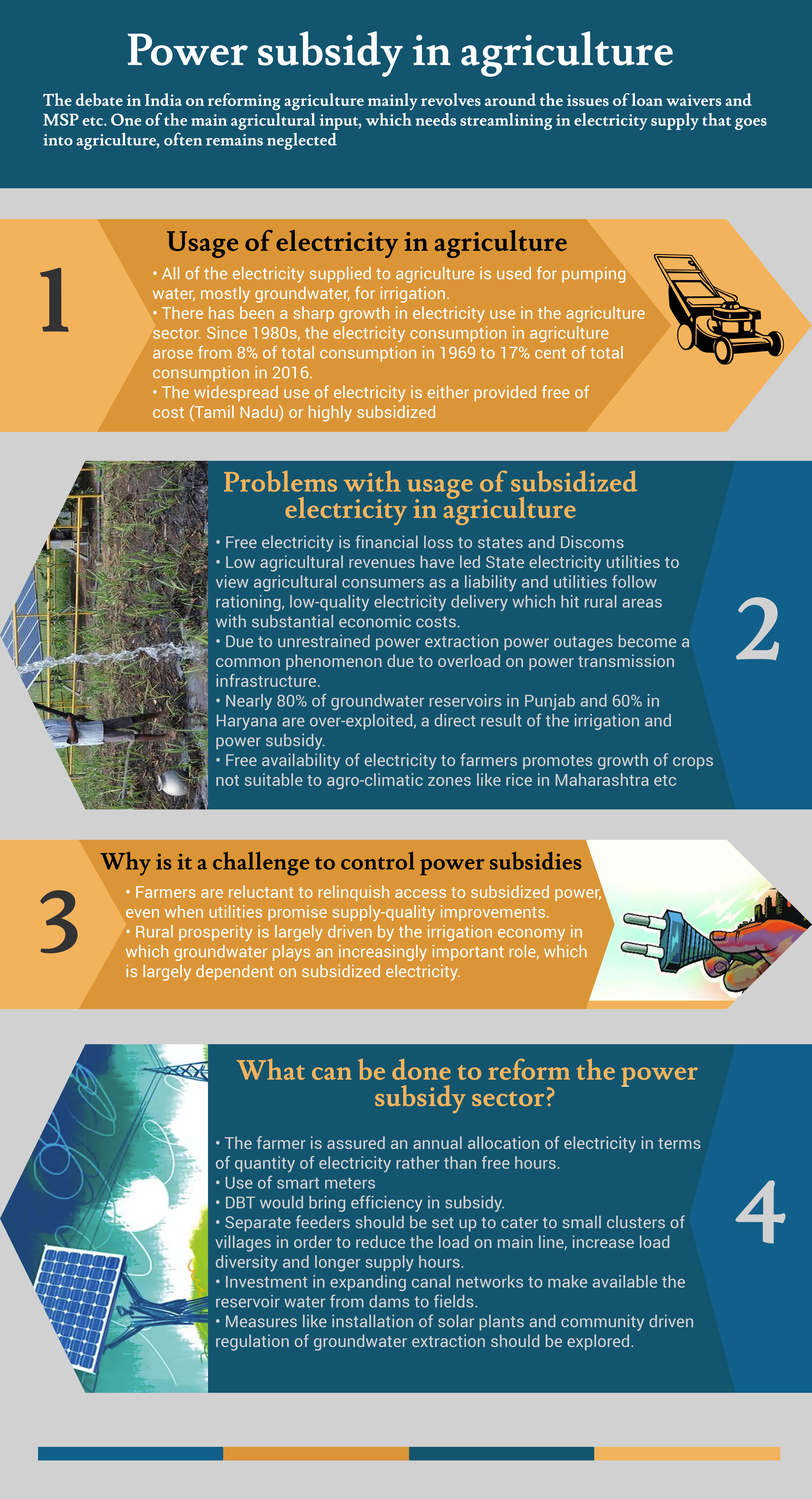