Context: Knowledge economy and the role of women in India’s growth.

According to a recent study, women make up only 14% of the 280,000 scientists, engineers, and technologists in research and development institutions across the country. However, a rapidly growing India requires a highly skilled technical workforce that is crucial for developing a knowledge economy.

This brings us to the questions of knowledge economy and the untapped potential of women in science field in India. In this article, we will explain the below:

What is Knowledge economy?

What is the status of Women in Science in India?

What is the need of creating an enabling environment to pursue women to take career in science?

Empowering women in science and technology and their full and equal participation is one of the core objectives mentioned in the Science and Technology Policy of the Govt. of India, 2003. Accordingly, there are a number of schemes, mostly in the form of scholarships, introduced by government. However, evidence suggests that   Government has not been very pro-active in addressing this issue. Many of the suggestions and recommendations made by scientists at various panels and task forces remain unimplemented.

What are the reasons of women falling out of science career?

Family support plays an important role in any woman’s career and its growth. Achieving heights in a career generally begins with a successful personal life and good family support. Women fall out of science, technology, engineering and mathematics (STEM) areas because of variety of reasons, some known to society while others remain hidden but play an important role from beneath.

What are the steps taken by the government? 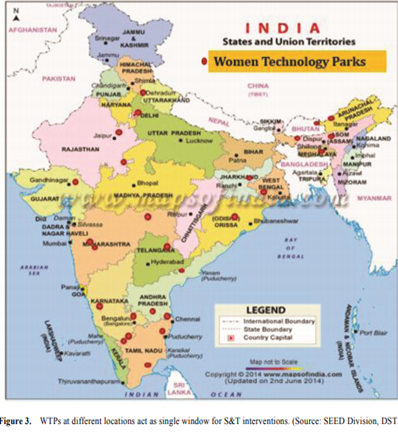 Despite many hindrances, women in India have made great strides over the years. It takes more than a policy to bring and retain more and more women in science. A strong commitment to gender mainstreaming is required. To achieve this we need to do the following:

A Science, Technology, Engineering and Mathematics (STEM) workforce is crucial to India’s economic development and social welfare, but women are underrepresented in STEM careers. Although women constitute 40 percent of science undergraduates in India, only a fraction move into successful academic careers and even fewer reach top positions in research and administration. This results in a loss of talented workforce.

The 2030 Agenda for Sustainable Development Goals target quality education for all and gender equality as critical to building a prosperous and sustainable society. Equal opportunities in learning Science, Technology, Engineering, and Mathematics (STEM) are important for job opportunities and also for tackling growing economic, social, and environmental challenges. Although India has made strides in the education of girls, participation and performance of women in STEM are still a challenge.