Status of Tiger Population in India: 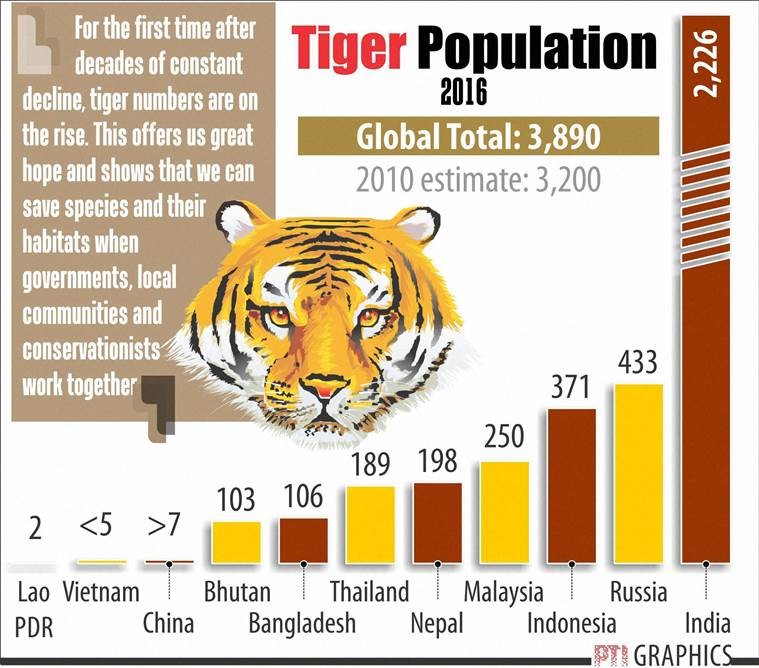 Note: The National Tiger Conservation Authority (NTCA) is a statutory body of the Ministry, with an overarching supervisory / coordination role, performing functions as provided in the Wildlife (Protection) Act, 1972.

Threats to Tiger Population in India:

Issues and Challenges in tiger conservation:

7.Infrastructure Projects: One of the biggest threat to India’s tiger population comes from the infrastructure development projects. For example: the Ken-Betwa river interlinking project, is estimated to submerge a large part of the Panna tiger reserve in northern Madhya Pradesh.

8.Tourism: Wildlife activists often express concerns over the exploitation of reserves for tourism. While tourism could be a key source of funds for reserves, it runs the risk of overriding conservation efforts.