1.Owning up to criminalization in politics

Context: The Supreme Court in February 2020 has given a judgement on criminalization in politics which have far reaching consequences.

Why did the Court pass such an order? There is increasing number of MPs with criminal cases pending against them. 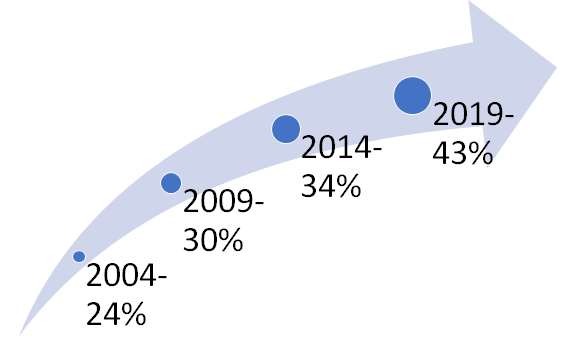 Reasons for criminalization despite several laws and court judgements:

Context: Patanjali Ayurveda’s claimed cure for COVID-19 has been criticised for making unsubstantiated claims of efficacy.

Regulation of AYUSH in India

Poor Regulation: The AYUSH Industry subject to very light regulation. Under the 1964 provisions of law, the industry can manufacture any product based on substances mentioned in traditional books listed under First Schedule of Drugs and Cosmetics Act. The government could then test the products to ensure the contents matched the label.

Standard of Healthcare: of the around 4,000 AYUSH hospitals in India, only 87 meet the standards of the National Accreditation Board for Hospitals and Healthcare Providers (NABH).

Quality and safety of AYUSH Products:

Syllabus – GS 2 – Government policies and interventions for development in various sectors and issues arising out of their design and implementation.

Context – The government’s decision to block 59 Chinese apps has once again spotlighted the vulnerability of Internet freedom at a time of national security.

Issues associated with ban of these apps

Suggested solutions to balance the trade-off between internet ban and digital rights:

Way Forward – Under our existing legal framework regarding blocking of content, there are two mechanisms — there is the normal process by which a government department complains to the Central government officer and a committee reviews it, and an emergency process by which orders are issued and then a subsequent review is taken. Need is to follow a less regressive approach in the technological era where life of citizens is internet driven.

Context – The Fifteenth Finance Commission (FC-XV) has, in its interim report for the year 2020-21, recommended implementation of a specific set of agricultural reforms by the states, based on which states will be provided incentives or grants.

For states to perform well with respect to agricultural reforms and receive grants, following steps has to be taken by State’s:

Way Forward – Incentivising states for better performance in the agriculture sector with a transparent implementation and monitoring system is expected to bring positive results for sustainable growth of Indian agriculture.