Urbanization in India- a brief overview

Urbanization and the problem of Urban Heat Island 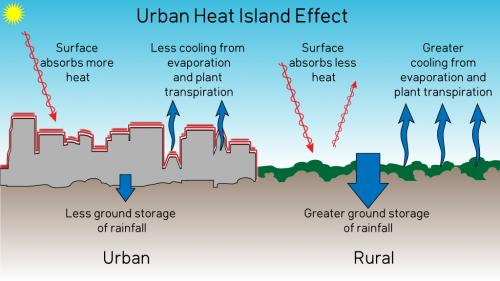 Urbanization and Electricity Consumption: Buildings account for more than 30% of India’s electricity consumption and a significant share of annual carbon dioxide emissions.

2.Rule of law and police encounters

Source: The Hindu, The Indian Express

Context:  The chain of events leading up to the killing of Kanpur gangster Vikas Dubey throws a spotlight on governance and police reform.

Reasons for not wanting Police reforms:

Syllabus – GS 2 – Functions and responsibilities of the Union and the States, issues and challenges pertaining to the federal structure, devolution of powers and finances up to local levels and challenges therein

Context – The principal tool with Centre for combating State governments is no longer Article 356 and it is replaced by delayed payments to states.

Sources of revenue for State governments

Restrictions on State Financing under FRBM

Violation of principle of Cooperative Federalism by Centre

Way Forward – In Cooperative federalism the Centre and states share a horizontal relationship, where they “cooperate” in the larger public interest. It is an important tool to enable states’ participation in the formulation and implementation of national policies. Centre needs to reflect on the steps taken to go against the spirit of principle.

Fiscal Council – It is a permanent agency with a mandate to independently assess the government’s fiscal plans and projections against parameters of macroeconomic sustainability, and put out its findings in the public domain.

Reasons for need of a Fiscal Council

Arguments against the need of Fiscal Council

Way Forward – The way forward for establishing fiscal council is to start small and scale it up if it proves to be a positive experience for all the stakeholders.