Context – In normal times, maintaining the status quo or implementing incremental and marginal reforms was all one could hope for. The pandemic has opened the doors for ushering in massive, bold and transformational reforms in higher Education.

Way Forward – India is uniquely positioned in the world today to benefit from its demographic dividend. Yet, in many contexts, it has been pointed out that this dividend can actually turn into a liability since those in the population bracket that are ready to join the workforce have practically no skills or knowledge that add to their employability. Thus, need is to utilize this big opportunity for country’s growth and to accommodate aspirations of youth.

Context – Across the world, despite the structural hurdles to access, the Internet has become indispensable to human freedom.

Internet Ban in Jammu and Kashmir

Reason for suspension of Internet

Arguments given against such ban in Anuradha Bhasin v. Union of India (2020)

Foundation for Media Professionals Case (2020) – This petition pointed out that it had been eight months since the web was restricted in J&K, and now the combination of the pandemic and a lockdown had made Internet deprivation even more unconscionable.

Supreme Court’s Ruling – The court created a new three-member special committee headed by the Union Home Secretary — an exercise wholly outside the legal framework — to take stock of things.

Issue with the judgment – The executive that was responsible for restricting access to the Internet in the first place was now tasked with reviewing its own actions.

Way Forward – The Internet is known as a great equalizer. Its evolution was meant to herald a more equal society. However, blanket bans are still being imposed which deprive citizens of their basic rights and create unequal societies. The government needs to become the facilitator of rights for inclusive development of all.

3.Set up a High Court for Puducherry

Syllabus: GS 2  Structure, organization and functioning of the Executive and the Judiciary—Ministries and Departments of the Government; pressure groups and formal/informal associations and their role in the Polity.

Context: Analysing the need of setting up a High Court (HC) in Puducherry.

Why should there be the need for a High Court at Puducherry?

Even a Bench of the Madras HC as against a separate HC at Puducherry is unfavorable:

4.Another front: On India, Bhutan and China

Context: China has repeated its claim that Bhutan’s eastern boundary was a “disputed” area. 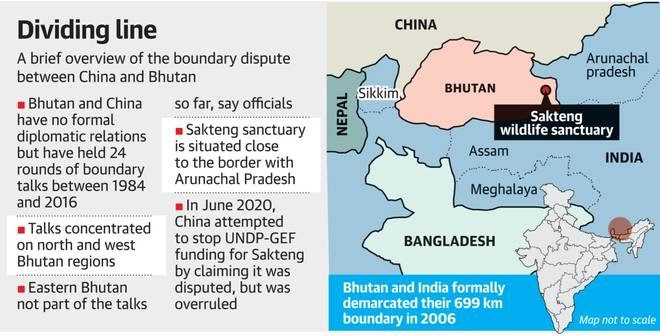 Reasons for Beijing’s repeated statements on the boundary issue: 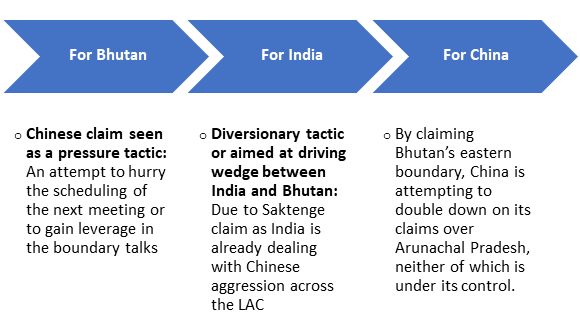 Context: CBSE has declared Class X and XII Board results. Its evaluation system shows that the goal is that maximum students pass and large number of students score high marks.

Funding:  As suggested by NITI Ayog in its Strategy Paper for New India @75, Government spending on education as a whole should be increased to at least 6% of GDP by 2022

Curriculum: School education curriculum should focus on interconnectedness of the natural world with everyday lives in order to equip students with rising environmental challenges including climate change. Further, the curriculum load in each subject should be reduced to its essential core content.  This would make space for holistic, discussion and analysis-based learning.

Learning. there should be an increased focus on foundational literacy and numeracy. Further, schools should introduce conceptual learning rather than focusing on rote learning. An electronic national educational registry may be conceptualised for tracking each child’s learning outcomes.

Evaluation system: The focus of evaluation should be classroom participation by a student, projects, communication and leadership skills and extra-curricular activities.

Teacher’s Training: The recommendations of National educational Policy 2019 should be followed-