1.Reservation of China to the idea of Indo-Pacific

Context: Analysing the need to look carefully at Indian Ocean by India in the backdrop of India-China faceoff at Galwan Valley.

Indo-Pacific vision: It was presented by Indian PM in his address at the Shangri-La Dialogue in June 2018.

China has undermined the idea of Indo-Pacific approach and described the idea as akin to sea-foam in the Pacific or Indian Ocean that will dissipate. 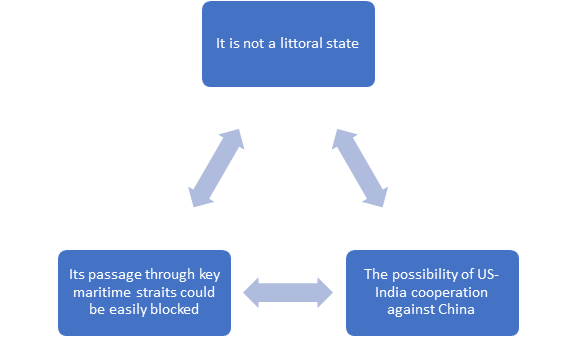 2.India’s foreign relations and the course of history

Context: Analysing the perception of national interest by different generations of leadership.

3.Poverty Deepening Amidst the Lockdown

Syllabus – GS 3 – Inclusive growth and issues arising from it

Context – Several news reports and surveys on the plight of India’s less-privileged workforce during the lockdown have highlighted the massive scale of falling incomes and loss of means of livelihood.

Way Forward – The neo-liberal growth that we have experienced since the 1990s has been largely through breaking the back of the laboring class. In post corona India, we need policy measures to alter the course of economic progress and reorient development programs for benefit of all stakeholders including the labor class.

Status of air pollution in India

Correlation to Covid-19 and Air Pollution:

Syllabus – GS 3 – PDS and issues arising out of it

Changes introduced in scheme and its fallout

1. Increasing liquidity – The PM has yet to extend cash transfers in Jan Dhan bank accounts of 200 million women. So families who relied on these modest Rs 500 deposits in the last three months have more resources to survive with more liquidity.

2. Providing pension – The FM only provided a one-time grant of Rs 1,000 to 32 million National Social Assistance Program pensioners which can be provided once more to help the old age and dependent citizens.

3. Upgrading MGNREGA – There is a compelling need to increase the guaranteed employment to 200 days per year for all households nationwide and boost wages of those who are forced to live on wages less than the minimum wages stipulated for unskilled agricultural workers.

Way forward – Expansion and universalisation of the PDS, pensions, cash grants and employment guarantee schemes in both urban and rural areas are essential to tide through these difficult times.

Context: Analyzing the over reliance of the central government on cesses and surcharges.

Role of cess and surcharge in economy:

Issues in States’ finances due to cess and surcharges:

Revenue buoyancy, end of GST compensation period and Centre’s increasing reliance on cesses and surcharges should be considered together because they are interlinked.