Written by: ForumIAS Posted on June 1st, 2020 Last modified on June 1st, 2020CommentsViews : 16k
About 9 PM Brief- With the 9 PM Current affairs brief we intend to provide our readers daily free digest of articles and editorials from multiple sources which are usually left out by aspirants. This will provide you with analysis, broad coverage and factual information in all in one pill for your IAS and IFS preparation. Take this pill daily to learn more.

1.Boundary issues between India and China

Context: Indian and Chinese troops are at loggerheads in Eastern Ladakh and Sikkim.

Background: There are four agreements that have signed between India and China for meaningful progress on the boundary issue. But the absence of a definition of the LAC allows new and secret advances on the ground. 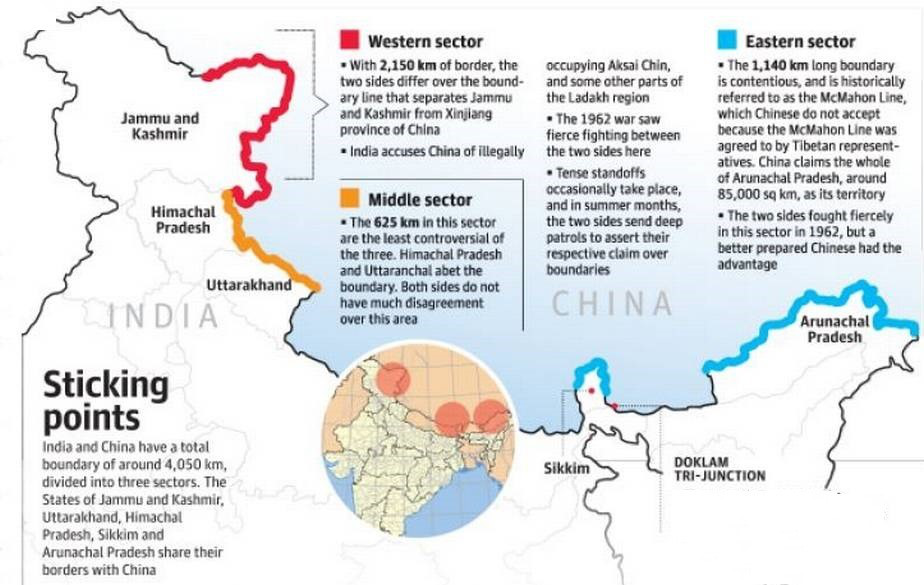 How Boundaries are observed?

Why are these deeply flawed agreements?

How Exchange of maps exercise failed for clearing perceptions of LAC?

Both sides should work for early settling the boundary issues and refrain from violating the agreements signed between them.

2.Universal Basic Income- The need of the hour

Syllabus: GS-2- Welfare schemes for vulnerable sections of the population by the Centre and the States and the performance of these schemes

Context: Providing Universal Basic Income amid economic crisis due to Covid-19 pandemic is the need of the hour.

UBI is a minimum income (direct cash transfers) guaranteed by the state to every individual every month. It is premised on the belief that every person should have a right to a basic income to cover their needs, just by virtue of being citizens. 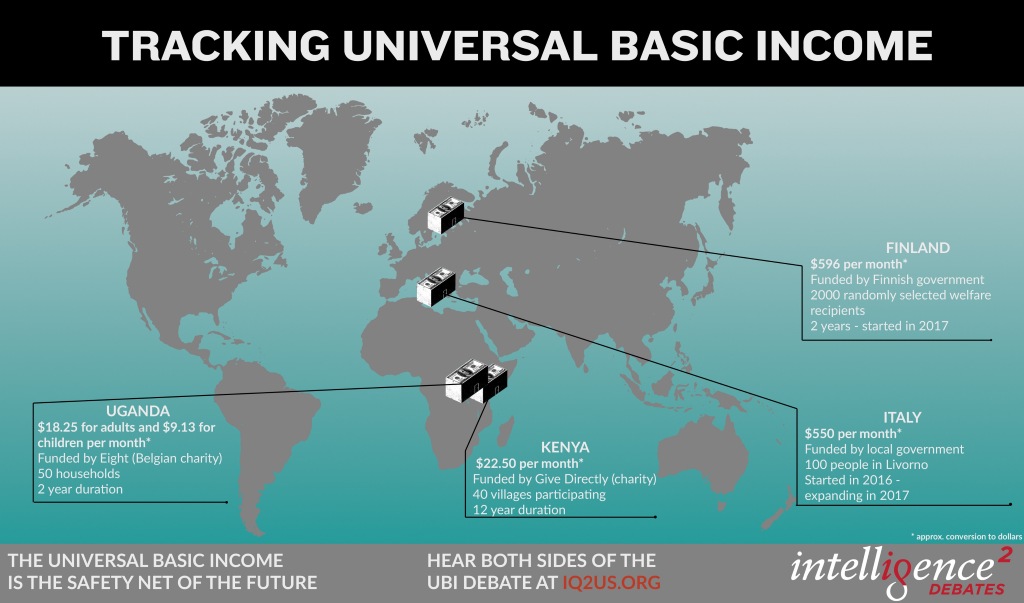 As part of a United Nations Development Program–Government of Delhi partnership, the Self-Employed Women’s Association (SEWA) and the state government carried out a randomized controlled trial where a group of 100 households in New Delhi were given 1,000 rupees per month.

The experiment observed an increase in expenditures on nutritious non-cereal items like pulses, fish, eggs, and meat increased.

Conclusion: IMF has projected global growth in 2020 to be -3.0% and India’s growth at 1.9%. With a looming economic crisis and high rates of unemployment, providing universal basic income, at least till the economy normalizes, is the need of the hour

Since labor is a concurrent subject under the Constitution of India, states can frame their own laws but need the approval of the Centre for making amendments to central laws.

The industry has been exempted from labor laws, except the following:

Challenges associated with these changes

Way Forward – Legitimate attempts to reform labor laws need to be encouraged by the centre. However, any haste to promote economic benefit which has the potential to jeopardize welfare of workers need to be stalled as holistic reforms are the only way forward for all the stakeholders.

Following are the arguments based on which India’s fiscal stimulus has been applauded:

1.Fiscal measures adopted by other countries – Among developing nations, India has one of the highest fiscal stimulus for reviving the economy.

4.Monetary Policy – The repo rate has been reduced now which stands at 4 per cent, with inflation well contained. Transmission of monetary policy will benefit the industries to get loan at minimum rate which will give them impetus to restart the operations again.

Context: After a two-month long shutdown due COVID-19, domestic flights were allowed to resume operations in a staggered manner from May 25.

Fundamental and paradigmatic shift in civil aviation: Changed from an elitist mode of transportation to one which is within the reach of all Indians.

Reach of Civil Aviation Before COVID-19:

Efforts of Civil aviation during COVID-19: 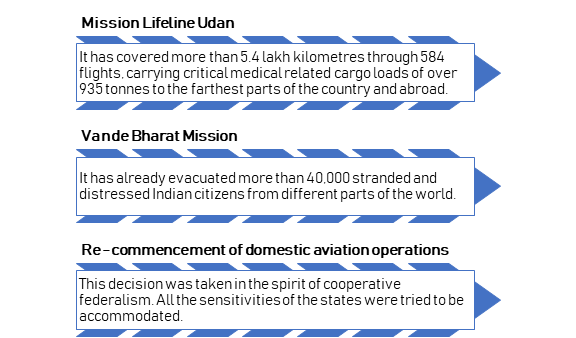 The factors which need to be addressed before restarting international flights:

There is a need to proactively engage and support the aviation sector. The government needs to ensure that the Indian aviation sector comes out from this crisis stronger.