Written by: ForumIAS Posted on May 22nd, 2020 Last modified on June 4th, 2020CommentsViews : 7.2k
About 9 PM Brief- With the 9 PM Current affairs brief we intend to provide our readers daily free digest of articles and editorials from multiple sources which are usually left out by aspirants. This will provide you with analysis, broad coverage and factual information in all in one pill for your IAS and IFS preparation. Take this pill daily to learn more.

Context – With crores of migrants returning back to their villages, need is to update and revive MGNREGA

Way Forward –The demand driven work under the Act will increase cash in hands of people which will boost the consumption and hence private investment will go up. MGNREGA, thus, is one of the most effective tools to revitalize the economy and promote welfare of vulnerable sections in post-CORONA India.

2.Relationship between SC and HC

Context: A division bench of the High Court of Karnataka, presided over by its chief justice, questioned the state government’s decision not to fund the travel of migrant workers if their home states do not deposit funds for train fares.

Stand of HC of Karnataka:

Stand of the Karnataka government:

Instances of issues between High Court and Supreme Court:

The Court must take humanitarian approach in their working. Judges are the spinal cord of the rule of law and the final interpreters of the Constitution. Their judgments govern social and economic justice.

APMC Act was enacted to ensure that farmers mandatorily sell their produce in market yard (mandi) through auction and they do not depend on informal channels to sell their produce. However, over time inefficiencies and monopoly of mandi’s created following issues: 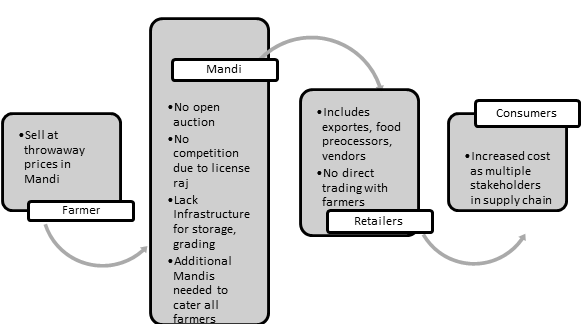 Recently many states have adopted the model APLM Act,2018 as lockdown forced farmers into distressed sale of their produce: 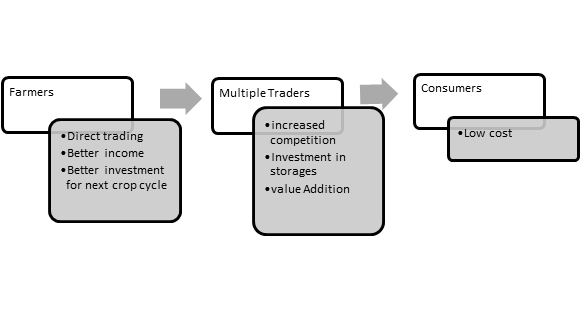 Context: The Indian Banks’ Association has requested the central government to set up a “bad bank” to reduce the impact of their losses because of provisioning for non-performing assets (NPAs).

Data: The total gross NPAs of banks stands at 9.08% of their total gross advances in 2019.

Is the current framework equipped to handle NPAs?

With COVID-19 crisis, the NPAs are expected to rise further. Any measure to bring it down is a welcome move.

Context:  Under the cover of the economic impact of the COVID-19 lockdown, the government has moved to reform India’s labour laws.

Ground reality of workers due to lockdown:

Case study about workers and employers:

Fact: Employee costs constitute less than 20 per cent of the companies’ costs. Within employee costs, the share of compensation of CEOs and senior executives was often half of the total. (CEO compensation had risen to over 300 times the salary of a worker in many companies; in the early 1990s, it had been less than 20 times.)

Term: The Overton window is the range of policies politically acceptable to the mainstream population at a given time.

India is a democracy. Therefore, workers and their needs must be heard while framing or changing regulations. Their voices must not be silenced by ordinances.