Written by: ForumIAS Posted on May 23rd, 2020 Last modified on May 25th, 2020 Comments Views : 8.2k
About 9 PM Brief- With the 9 PM Current affairs brief we intend to provide our readers daily free digest of articles and editorials from multiple sources which are usually left out by aspirants. This will provide you with analysis, broad coverage and factual information in all in one pill for your IAS and IFS preparation. Take this pill daily to learn more.

A) Health and Wellness Centre: These centers seek to provide comprehensive health care, including for non-communicable diseases and maternal and child health services. They also provide free essential drugs and diagnostic services.

Conclusion: Ayushman Bharat Pradhan Mantri Jan Arogya Yojana (PM-JAY) has an important role to play during the Covid-19 pandemic. Along with the government, there should be active participation from the private sector in ensuring adequate supply of health services, medicines and essentials.

2.What are the issues of contention between India-Nepal?

Context: India inaugurated a road from Dhar Chula to Lipu Lekh (China border). It was followed by Nepal’s charge claiming that the stretch passes through Nepalese territory. 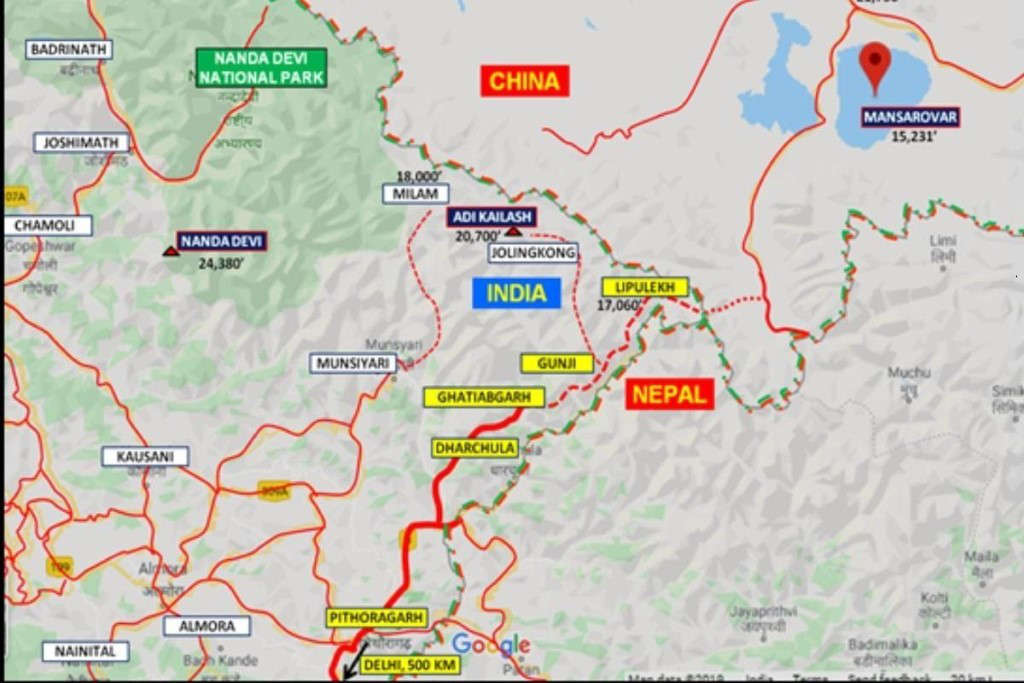 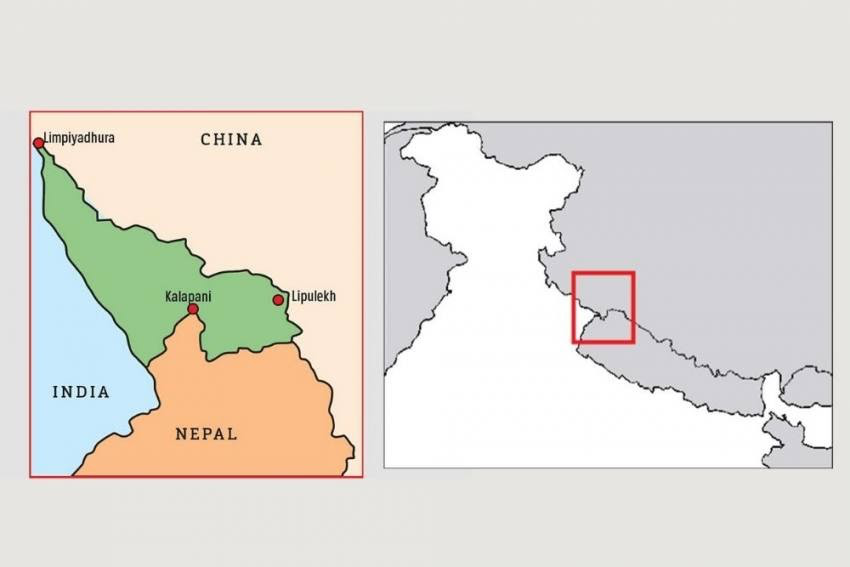 Picture from Outlook India, portion in green is disputed area.

Ties are unique between India and Nepal:

Both sides must not delayany further in dealing with the disputes. The way to move forward is to formally approve the strip maps, resolve the two remaining disputes, demarcate the entire India-Nepal boundary and speedily execute the work of boundary maintenance.

Source: The Hindu and The Indian Express

Context: In an unscheduled meeting, the monetary policy committee (MPC) of the RBI slashed the benchmark repo rate by 40 basis points.

The RBI has acted in an adept manner as there is no way of knowing the true extent of distress now. Monetary policy may have greater space to operate but there are limitations to what it can achieve. Fiscal support too is needed.

Atma Nirbhar Mission – It is the fiscal stimulus package of Rs 20 lac crores to provide relief measures to economic sectors reeling under the stress of COVID and its impact. This is aimed at becoming more local and self-reliant, especially when global supply chain gets disrupted due to unforeseen situations.

Further, it is not clear that .8% to 1.2% of GDP expenditure is over and above the Budgeted expenditure or will it be funded by expenditure cuts in the budget of FY21.

In this equation of GDP, in current situation, government expenditure holds the key to revive economy as it promotes the following virtuous cycle of growth: 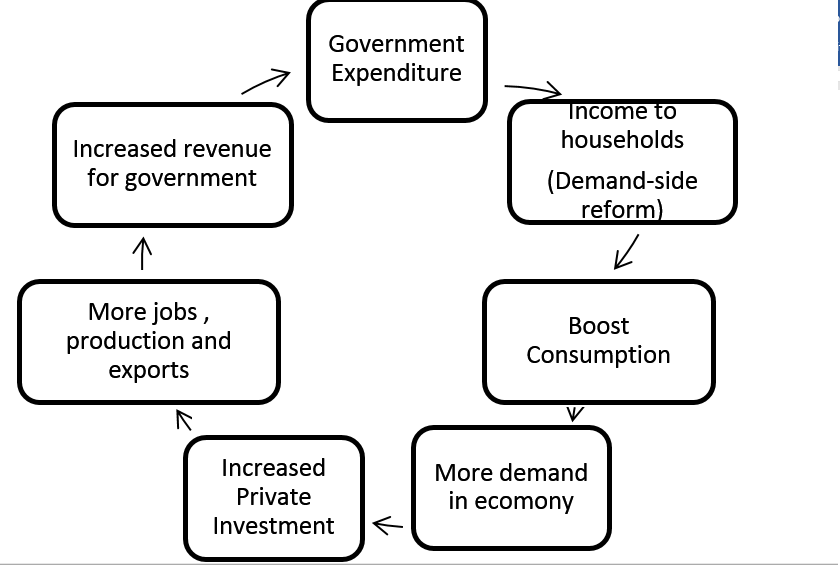 Way Forward – Supply side reforms, in long term, are must for becoming 5 trillion economy and bringing structural reforms in all sectors. However, in short term Indian economy needs fiscal stimulus from government side which can boost consumption and investment to revive the economy.

Context – The lockdown due to COVID 19 has changed the work culture, especially in corporate business

Traditional work culture – Traditionally, in both private and public sector, employees and employer go to the working place where all work related to formal and informal activities are carried out. It involves doing official work to hosting lunch for all.

a.Human contact– The working place ensures that employees and employer get to know each other well by spending significant time working together and participating in informal events.

c.Provides work Identity– Individual’s self esteem and social standing are provided and boosted because of work place, especially in India. That’s why money was spent in the first place on well-designed offices in specific locations that people feel proud to go to.

The new normal – Work from Home

The lockdown restrictions across the world has given impetus to work from home model. In this model, employers as well as employers perform all work-related activities at home – submitting projects to organizing meetings using digital space.

Benefits of Work from home Model

For instance – Companies compensate employees based on the city where they are located because staying in larger cities is expensive. So in long term work from home there will be a need to restructure the salary components as well to balance company costs as well as afford better talent remotely.

Way Forward – Work from home is the emerging unconventional approach to tackle the COVID but the rise of gig economy in India will make this model permanent. This requires dealing with its issues comprehensively so that interests of all stakeholders are taken care of.