Context: Shift from teacher-class based teaching to digital-education will need multi-dimensional efforts over time as “digital” India is not prepared for digital education yet.

Two bold initiatives were taken to help digital education in the future in the past:

Context- The open confrontation between the chairman of the IT Committee, Shashi Tharoor, and a senior member of the Committee has the potential to destroy the healthy convention and practices followed by parliamentary committees.

Their appointment, terms of office, functions and procedure of conducting business are regulated as per rules made by the two houses under Article 118 (1) of the constitution.

Present controversy in IT Committee

Rules of the House- The speaker decision is final when it comes to relevance of the evidence submitted by the person. This makes two things clear-

Therefore, this being the position as per the House rules, the present controversy could have been avoided.

Syllabus: Gs2: Government Policies and Interventions for Development in various sectors and Issues arising out of their Design and Implementation.

Context: Recently, the Gopalakrishnan Committee on developing a governance framework for non-personal data has put out its draft report.

Significance of the recommendations:

Why the Data should be open to citizens ?

Government needs to bring reforms in following for being more productive 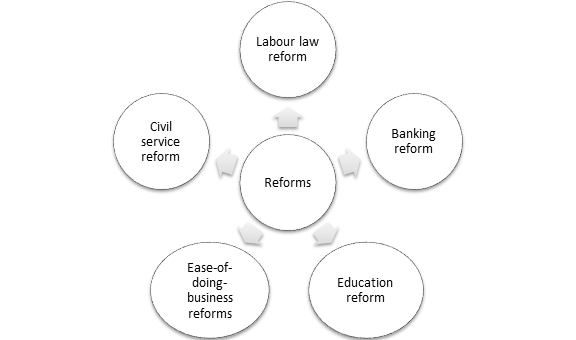 Government needs to create an environment for entrepreneurs, firms, and citizens with key reforms that will give them economic ‘Poorna Swaraj’ and take per capita income of $2,500 to $10,000 in next five years. Risk adverse bureaucracy need an attitude change for better governance of all.

Context- Differences of opinion have emerged between Centre and states at the 41st Goods and Service Tax [GST] Council meeting over compensation deficit.

Options made by the Centre

Centre need to resolve this impasse in a way that future GST reforms do not fall victim to the trust deficit engendered by this standoff, the pandemic response is strengthened and all-round government capital spending to bolster sagging demand not derailed.