Synopsis: GNCT of Delhi Amendment Bill 2021 appears to go against the idea of representative government.

The Centre’s Bill is trying to amend the law which relates to the governance of the National Capital Territory of Delhi. The bill claims that its aim is to implement the Supreme Court judgments on Delhi’s governance structure. However, the proposed changes are the very opposite of what the Court has said.

What was the Supreme Court’s 2018 verdict on the matter?

What are the issues with the NCT amendment bill?

The Court wanted to clarify that the power to refer any matter to the President did not mean that every matter should be referred.

This bill amounts to a rollback of representative government. The Union Territory concept is one of the many ways in which India regulates relations between the Centre and its units. It should not be used to undermine the basis of electoral democracy.

Synopsis: India’s alignment with QUAD should be in line with India’s principle of Strategic autonomy. In this article, we will analyse the Significance of QUAD leaders’ summit for India.

Why the outcomes of the QUAD leaders’ summit are not in India’s interest?

Impact of inflation targeting in India

Synopsis: According to the Executive Director IMF, Surjit S Bhalla, Inflation targeting has been ineffective to control inflation. Moreover, it has also contributed to a decline in GDP growth because of high repo rates.

What are the impacts of inflation targeting in India? 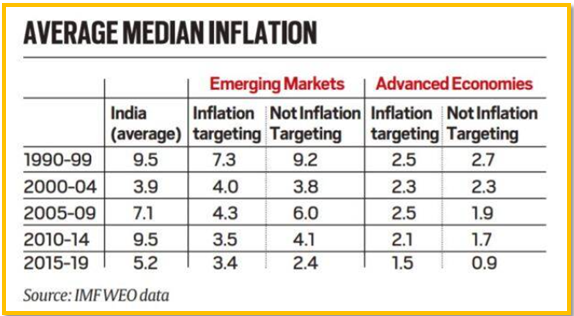 Inefficiencies in the Aadhaar project

Gs2: Government Policies and Interventions for Development in various sectors and Issues arising out of their Design and Implementation.

Synopsis: There are many issues regarding the use of Aadhaar for the identification of beneficiaries. So, the central and state governments should allow for an alternative identification mechanism.

What are the issues in Aadhar based identification system?

Other challenges in using Aadhar based identification system

The elimination of ghost beneficiaries can also be addressed by the use of other verification cards and by decentralised disbursal of services at the panchayat level. So, the central and state governments should allow for an alternative identification mechanism.