A vaccine is a biological preparation that improves immunity to a particular disease. A vaccine typically contains an agent that resembles a disease-causing microorganism, and is often made from weakened or killed forms of the microbe, its toxins or one of its surface proteins. Vaccines are like a training course for the immune system. They prepare the body to fight disease without exposing it to disease symptoms.

How does vaccination work? 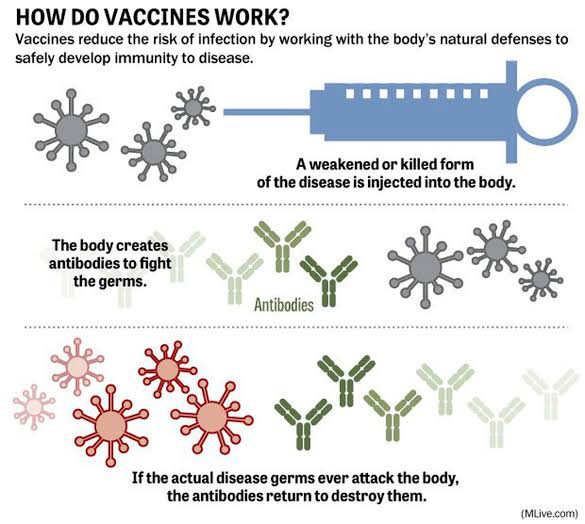 Challenges regarding vaccination in India:

The benefits of vaccination extend beyond prevention of specific diseases in individuals. They enable a rich, multifaceted harvest for societies and nations. Vaccination makes good economic sense, and meets the need to care for the weakest members of societies. A comprehensive vaccination programme is a cornerstone of good public health and will reduce inequities and poverty.