Infant mortality rate means the number of deaths of infants under one year old in a given year per 1,000 live births in the same year.This rate is often used as an indicator of the level of health in a country and of the quality of life in a community.High infant mortality has been a long term issue in India due to various reasons like poor maternal health and inter-generational poverty in families. 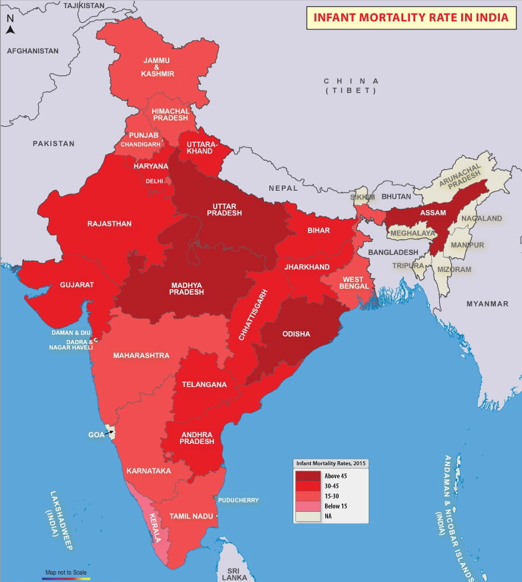