Q.1) Media and Social networking sometimes posed serious internal security challenges. What steps are taken by government to handle these challenges? Also give some recommendations.

Due to the wider reach and the impact created by audiovisuals, modern media and social networking sites create potential threat to national security. This is witnessed in the Muzaffarnagar riots and the mass exodus of North East people from Bangalore.

Steps taken to handle the challenges:

Q.2) What are the salient features of ‘inclusive growth’? Has India been experiencing such a growth process? Analyze and suggest measures for inclusive growth.

OECD defines Inclusive Growth as the economic growth that is distributed fairly across society and creates opportunities for all. 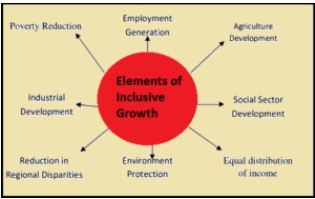 Q.3)  It is said that the Parliament’s contempt power to punish for transgression of its privileges is wider. Discuss various privileges enjoyed by the members of parliament and issues arising out of their use.

Parliamentary privileges are special rights, immunities and exemptions enjoyed by Houses of Parliament, their committees and members.

Privileges enjoyed by members of parliament:

Individual Privileges – The privileges belonging to members individually are:

Issues with the usage:

Q.4) Discuss the nature, methods of operation and limitations of pressure groups in India.

Pressure group is a group of people who are organised actively for promoting or defending their common interest.