Q.1) Access to affordable, reliable, sustainable and modern energy is the sine qua non to achieve Sustainable Development Goals (SDGs)”.Comment on the progress made in India in this regard.

Answer: The four dimensions of this SDG are affordability, reliability, sustainability and modernity. 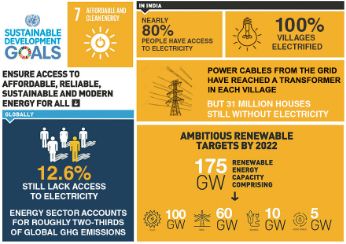 Q.2) How would the recent phenomena of protectionism and currency manipulations in world trade affect macroeconomic stability of India?

Answer: Currently, world is witnessing the trade war with US imposing unilateral tariffs on major trading partners life EU, China, Mexico and Canada. The Chinese currency, called the renminbi, is a policy currency. Unlike the U.S. dollar, which rises and falls in value in free market trading, the currency value against the dollar is set by the People’s Bank of China.

Q.3) Recently, the Indian government decision to deport seven Rohingya immigrants to Myanmar for the first time reverses India’s long-held stand on Non-Refoulement. In this context, what do you understand by the policy of Non-Refoulement and analyse India’s Refugee and asylum policy.

Answer: Non refoulement is the practice of not forcing refugees or asylum seekers to return to a country in which they are liable to be subjected to persecution.

India has one of the largest refugee populations in South Asia, but is yet to enact a uniform law that addresses the issue of asylum. Neither is the term ‘refugee’ mentioned in any domestic law. India has not signed the 1951 United Nations Refugee Convention on the Status of Refugees, or its 1967 Protocol that stipulates the rights and services host states must provide refugees.

Q.4) There have been arising concerns with regard to stubble burning around Delhi leading to air pollution. Examine the impact of this pollution and suggest measures to tackle the same.

Answer: Stubble burning is regarded by experts as one of the principal reasons behind the spike in air pollution levels in the National Capital Region every winter. The sources of this pollution are the  neighbouring states of Punjab and Haryana and their activity of stubble burning.