Q.1) In  the backdrop of inhuman conditions in Prison the Supreme Court has constituted a committee on prison reforms recently. In the view of this critically analyse the mandate prevailing in our society and what can be done to bring an effective prison reforms in India.

Supreme Court has constituted a committee on prison reforms in the backdrop of inhuman conditions prevailing across 1,382 prisons in India.

The society believes that a gruesome crime needs to be dealt with severely. This has led to a failure to reform the prisoners.

State of prisons in India:

Q.2) Volcanic and seismic events are major pieces of evidences towards proving that the plate tectonic theory is valid. Discuss.

Plate tectonics is the theory that Earth’s outer shell is divided into several plates that glide over the mantle, the rocky inner layer above the core. 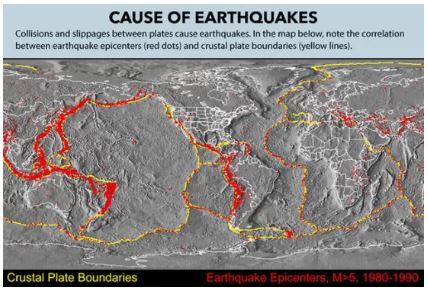 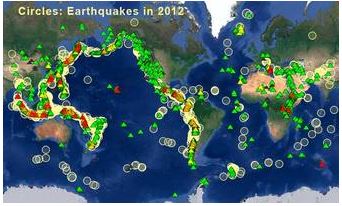 Q.3) Stampede is a recurrent phenomenon in places of mass gatherings in India. Discuss the various factors which trigger a stampede. In view of stampedes, what are the recommendations of the NDMA?

From religious shrines to railway stations- frequent incidents of human stampedes are an unfortunate reality of Indian life.

a) Structural: collapse of the temporary structure, steep stairs, narrow exists because of illegal constructions, parking and hawkers etc.

b) Fire / electric: usually from the makeshift kitchens in the ‘pandal’, inappropriate use of firecrackers / electrical wiring during the event.

c) Human: Underestimating the size of crowd, overselling of the tickets; lack of coordination with authorities, panicking by rumors, rush to get freebie / celebrity autograph etc.

a) Type and duration of event.

b) Size of the expected crowd, gender and age profile of attendees.

1. Training on crowd management, how to frisk visitors, how to operate metal detectors, how identify troublemakers and suicide bombers.

2. There should be disaster protocol and standard operating procedure for all nearby by hospitals.

1. Doors must not be suddenly opened or suddenly closed.

2. Provide multiple exits. Routes of ingress and egress must be separate.

3. Entry and exit points must have strong but non-permanent barricades.

1. Kitchen and cooking facilities should be away from the main event.

2. Electrical wires should be underground or overhead and always away from the walking paths- to minimize tripping hazards.

Q.4) Discuss the viability metro rail system in India with regard to the economic viability and the transportation needs of cities.