Antiquities and Art Treasures Act in India : An Analysis

Context:The recent recovery of antiques from a house in Chennai by the Idol Wing of CID Tamil Nadu highlights the issue of illegal possession and trade of antiques and art treasures in India

As per the Act, Antiquity includes:

What is an art treasure?

An art treasure is a human work of art, other than an antiquity, declared to be a treasure by the Centre for its artistic value after the artist’s death.

Illicit Trade:India’s rich cultural heritage,bureaucratic apathy and poor implementation of antiquities protection law has made India a fertile ground for loot and smuggling of antiquities for sale in the International market. In recent years, there has been growing concerns over antiques being smuggled and sold to fund terrorists’ activists. 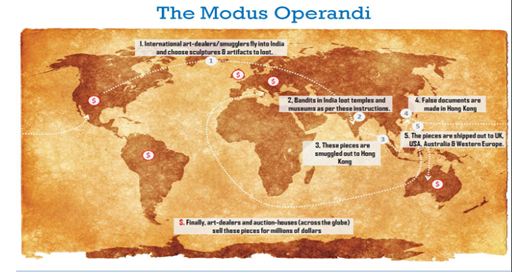 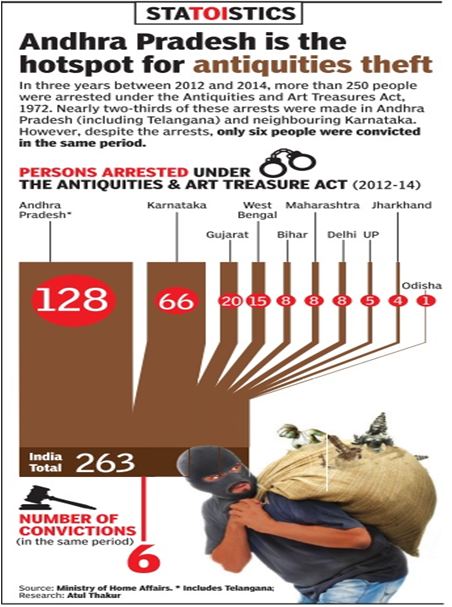 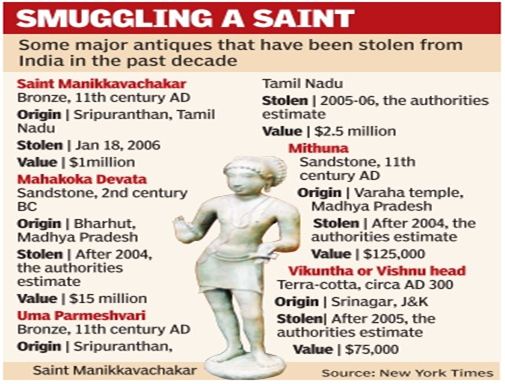 Lack of database: There is a lack of an integrated database of existing and stolen artefacts. In the absence of any centralised information, there is always a high risk of loss of antiquities.

Article 49: Protection of monuments and places and objects of national importance

It shall be the obligation of the State to protect every monument or place or object of artistic or historic interest, declared by or under law made by Parliament to be of national importance, from spoliation, disfigurement, destruction, removal, disposal or export, as the case may be.

Civil Society Initiative: India Pride Project: It is a volunteer-network spread across the globe, that tracks and brings back India’s stolen antiques and art treasures

1.Definition of Antiquity: Critics argue that the legal definition is so wide that anything over 100 years automatically becomes an antiquity.

2.Replicas:The production of replica of an antiquity in the same size, material and fabric is not prohibited. This gap in law has greatly facilitated replacement of several original objects with replicas

3.Deterrence to registration:The 1972 Act introduced various avenues for the government to raid and prosecute private collectors on grounds, like “inadequate maintenance of the object”. Stringent curbs have been placed on the movement and trade of antiquities, even within India. Such provisions deter most people from registering their antiquities.This has inadvertently led to the smuggling of antiques by discouraging the domestic trade.

Further, registering antiquities with the Archaeological Survey of India (ASI) has been a cumbersome and difficult procedure for most collectors deterring registration

5.Issues with ASI: The ASI’s focus and resources have been primarily channelled towards the maintenance, restoration and preservation of ancient monuments and archaeological sites. The additional mandate for supervising the antiquities market has put a strain on its limited resources.

The important provisions of the Bill are:

The Draft Antiquities Bill, 2017 has raised concerns among activists about facilitating theft and boost illegal trade due to its loose provisions on registration and licence