Context: APEC members failed to agree on a communique at a summit in Papua New Guinea

The forum initially started as an informal dialogue of economic leaders in 1989 in Canberra, Australia. It was formally established in 1993 with 12 members. Currently, APEC has 21 member economies. 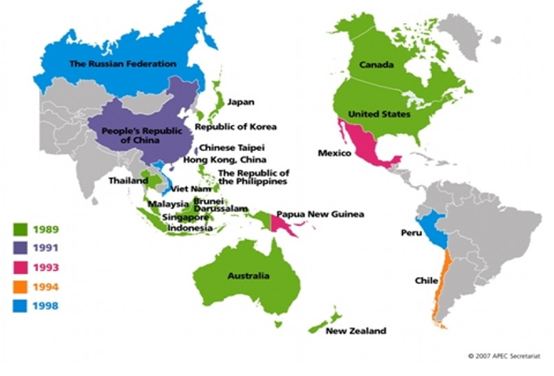 Growth and Development of the Region:

Initiatives for a cleaner environment: 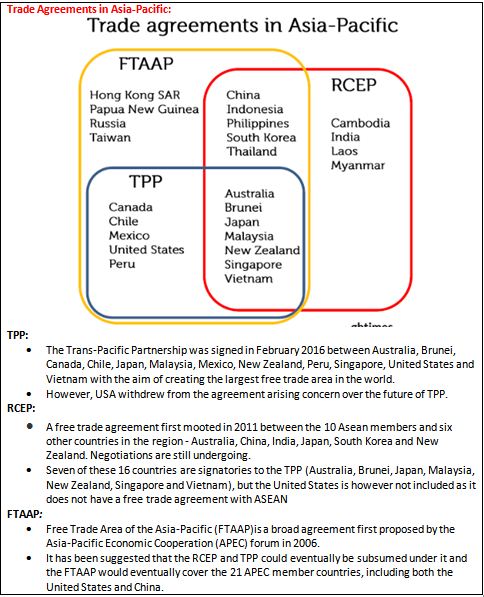 Why has India not got membership of APEC?

In 1997, APEC put a moratorium on new memberships for a ten-year period, extending effectively till 2007.In 2007, APEC decided to extend the moratorium till 2010. However, even after the moratorium expired in 2010, it admitted no new members. The reasons cited for not including India are as follows:

Advantages for India if it joins APEC:

Advantages for APEC if India joins: