In order to address the shortages in healthcare system in India –one of the major policy initiatives of the government has been the announcement of the Ayushman Bharat – National Health Protection Mission (AB-NHPM) for the vulnerable section of the Indian population which, if implemented effectively, will help the nation move closer to the Sustainable Development Goal of ‘Universal Health Coverage’. It is expected that the scheme will have a far-reaching impact on the entire Indian healthcare and insurance landscape. 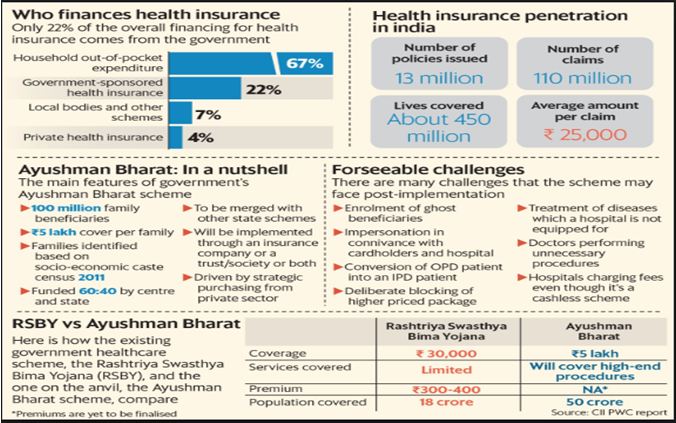 Systemic challenges that needs to be addressed:-