What does Brexit mean

What has happened so far?

What is Article 50?
• Article 50 is a plan for any country that wishes to exit the EU to do so. It was created as part of the Treaty of Lisbon – an agreement signed up to by all EU states which became law in 2009. Before that treaty, there was no formal mechanism for a country to leave the EU. 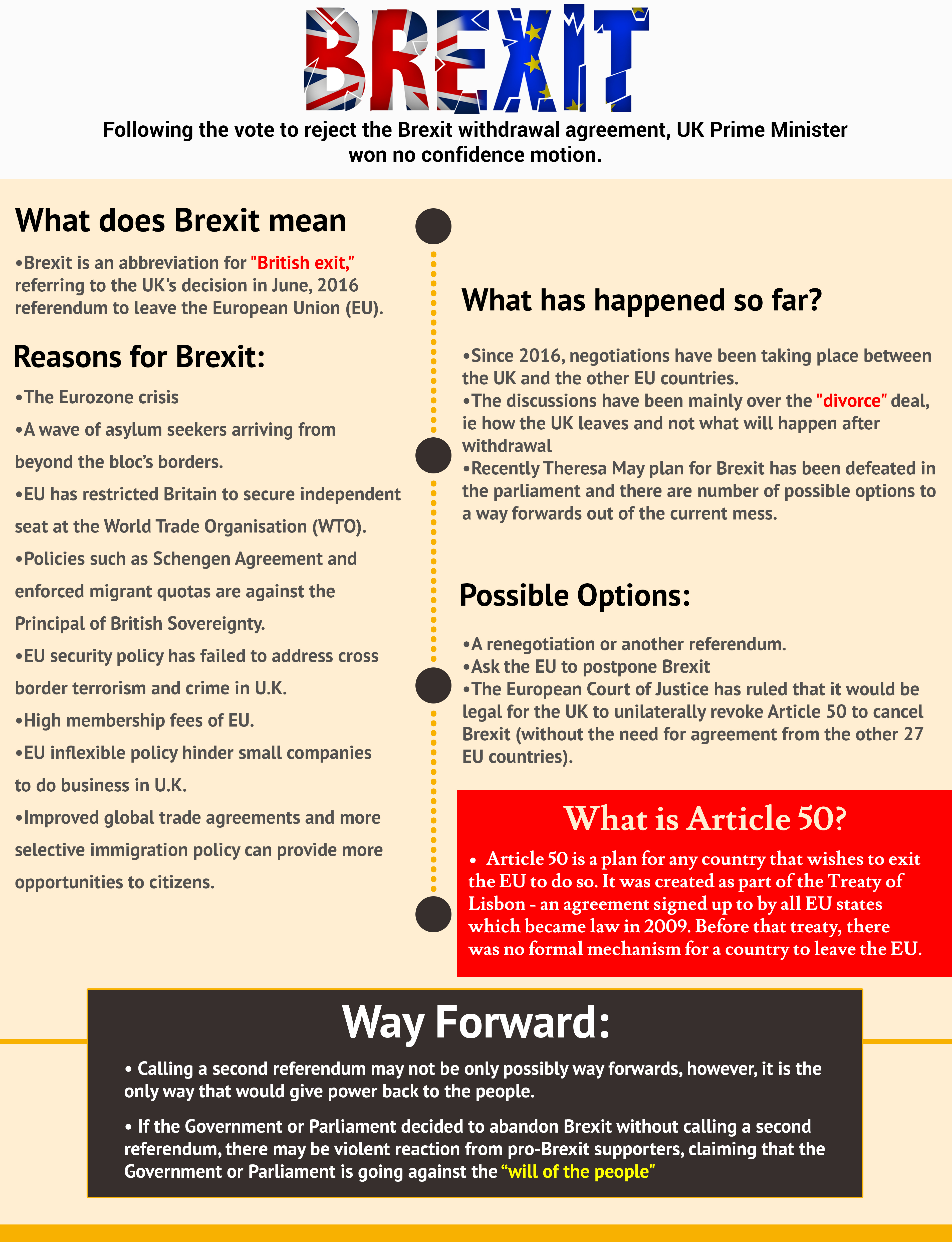