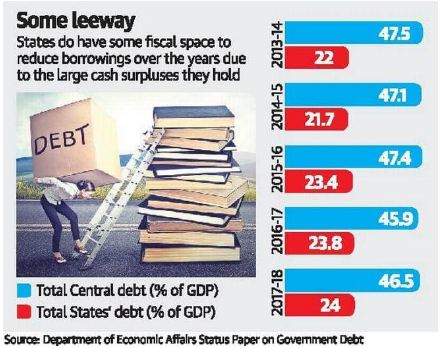 Debt-to-GDP Ratio: It is the ratio between a government’s debt and its gross domestic product (GDP)