The Labour Ministry has constituted a task force to ensure the effective implementation of the Child  Labour (Prohibition & Regulation) Act, 1986.

Who is a child?

What is child labour? 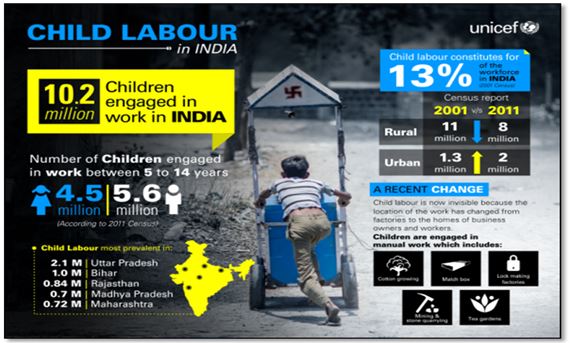 Nature of Child Labour in India:

1.Change in Location of work: There has been an increasing involvement of children in home-based works and in the informal sector. The change in type of child labour mainly attributes to enforcement of legislation and awareness amongst buyers about child exploitation.

Impact of Prevalence of Child Labour: 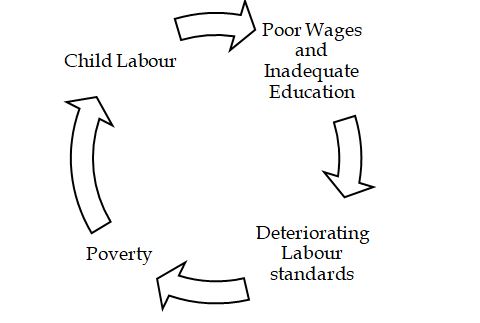 Declaration of Rights of Child, 1959

United Nations Convention on the Rights of the Child, 1989

It sets out different rights of children- civil, political, economic, cultural, social and health. Article 32 states that the government should protect children from work that is dangerous or might harm their health or their education.

Based on the recommendations of the Gurupadswammy Committee (1979), the Act was passed in 1986. It has following objectives:

The Right to Free and Compulsory Education Act (2009): The Act made it mandatory for the state to ensure that all children aged six to 14 years are in school and receive free education.

Despite these efforts, child labour legislation to protect children has been inadequate and face the following challenges: