Context:The Supreme Courtdismissed a PIL petition seeking a judicial order to lower the legal marriageable age of men from 21 to 18 years.

Major reasons for prevalence of child marriage in India

The main aim of the Act was to restrain solemnization of child marriages in India. It prohibited marriage of boys below 18years and of girls below 12 years of age.

The Act rose the minimum age at marriage for girls to 18years and that of boys to 21 years.However, the marriage performed in violation of this condition still remained valid.

The Prohibition of Child Marriage Act, 2006

Note: In 2017, the SC criminalized sex with a child bride 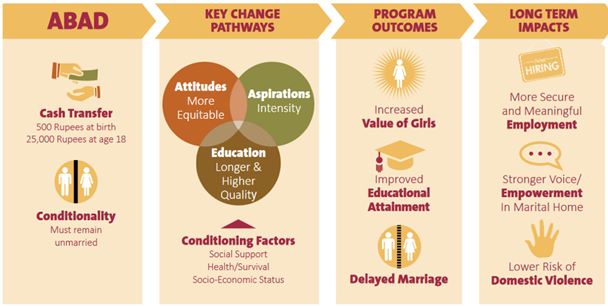 Economic Challenges: Poverty remains a major challenge in eradicating child marriage in India. Wherever poverty is acute, a young girl is often seen and regarded as an economic burden and her marriage to a much older man is believed to benefit the child and her family financially.

Forced child marriage perpetuates the exploitation of health, rights and body of young girls and this treatment of young girls is a form of human trafficking. Bride trafficking has been a booming business in the states of Haryana, Punjab and Rajasthan in north India. According to the 2016 National Crime Records Bureau, 33,855 people were kidnapped or abducted for the purpose of marriage. Half were under the age of 18. 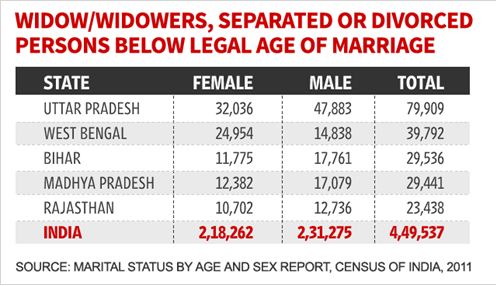 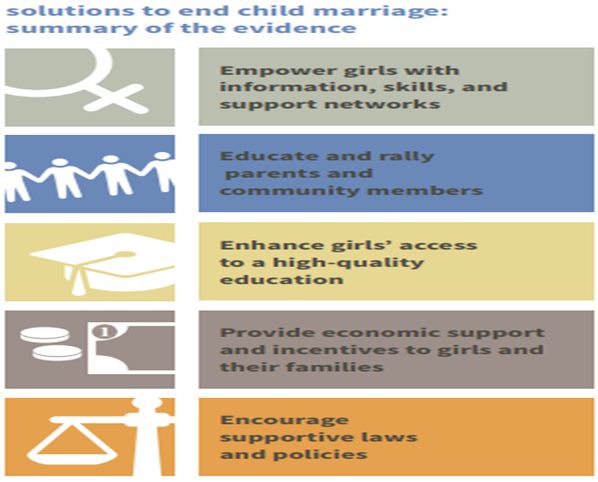