News: China has been over the years aggressively pushing for consolidating its claims on border territories disputed with India through various steps like building Border Infrastructure, modernising its armed forces etc.

The latest in line of these measures is the introduction of a new land border law.

What is this new land border law?

How will this new law affect India?

China with the help of this law will try to convert a territory dispute over borders into a sovereignty dispute and prevent any give or take of territory.

Also, China will attempt to settle its Han population in the border villages of Tibetan regions, reversing established demographic patterns.

It will also help it to make any negotiation beyond the limits of these villages an impossible process.

As according to the Border Defence Cooperation Agreements of 2005 and 2012 , any negotiations for border settlements will be done keeping in mind the convenience of the local population in the border regions.

What has been China’s history in terms of its expansionist tendencies?

Chinese have always been an expansionist civilisation.

From the days of Qing dynasty to the 20th century they have resisted several occasions where the other parties have involved to delineate the boundary with China.

Even during the Simla Convention of 1913-14, China refused to recognise any demarcation of boundaries between Tibet and China.

Since then, China has attempted to increase its territorial reach through alleged ancient maps, ambiguous treaties and declarations.

China has till now used the strong-arm tactics with both India and Bhutan but has now changed its strategy of dealing with Bhutan. 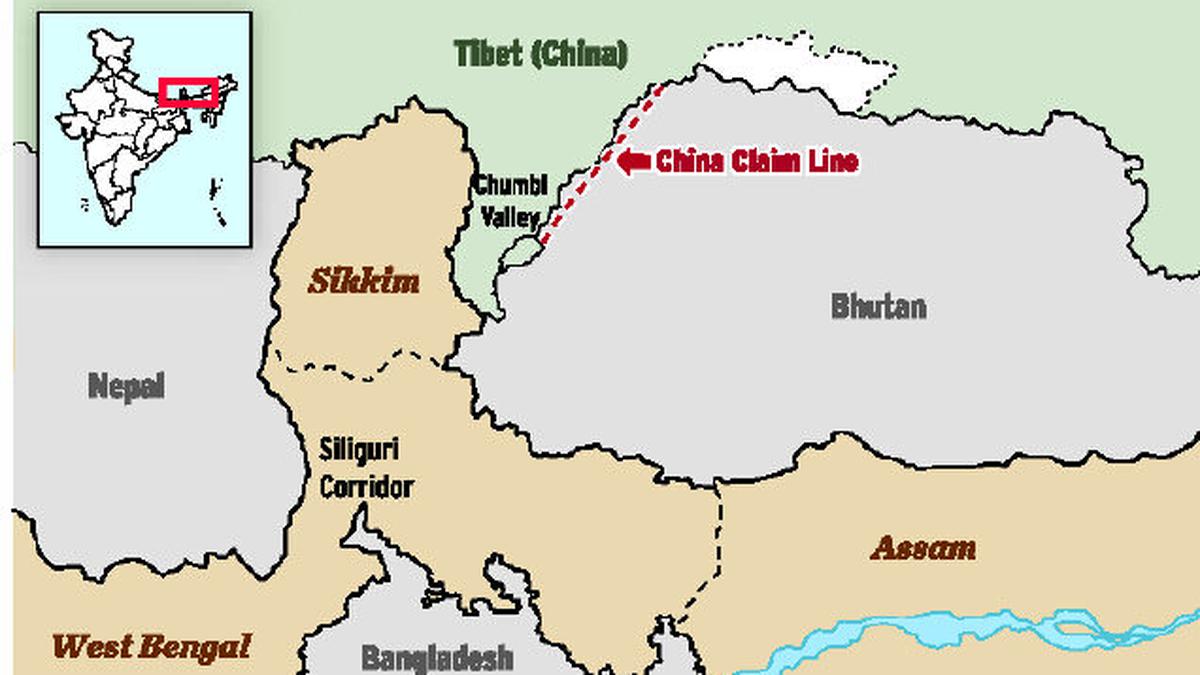 It has offered to forgo its claims in the larger parts of North Bhutan in lieu of gaining a relatively smaller area in West Bhutan.

This will help China in expanding into the Chumbi Valley in the South, threatening the narrow and strategic Siliguri corridor in India.

It has also made a new claim on Sakteng sanctuary in Bhutan which may form a launchpad for future operations against Tawang in Arunachal Pradesh.

China has also strengthened its operation with its all weather friend Pakistan. China has a lot of army personnel exchange program with it.

China has been giving “confrontational training” to its troops and officers to prepare them for any emergency action.

What can be the reasons for the recent aggressive expansionist tendencies of China?

The recent stand-off at Ladakh may be triggered due to following factors apart from the general expansionist tendencies of Beijing:

– Abrogation of Article 370 in Jammu and Kashmir.

– India’s rapid development of communications in the border areas (roads, habitats and airfields).

– Attempt by China to physically link with Pakistan in the Northern Areas by removing the Indian wedge of DBO (Daulat beg oldie) which can serve as the doorway to the Karakoram Pass.

What is the way forward?

India cannot rely exclusively on purely military actions and will need a comprehensive strategy to overcome its disadvantages and secure a long term solution.

Source: This post is based on the article “China’s new land boundary law fits in its expansionism” published in The Indian express on 8th Jan 2022.