Crowd Disasters and Management in India

What is a stampede?

The term stampede is applied to a sudden rush of a crowd of people, usually resulting in many injuries and death from suffocation and trampling. Stampedes are caused by surge of individuals in a crowd, in response to a perceived danger, loss of physical space or excitement. 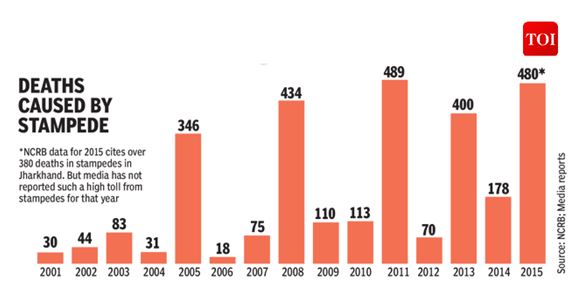 Recent examples of stampedes in India 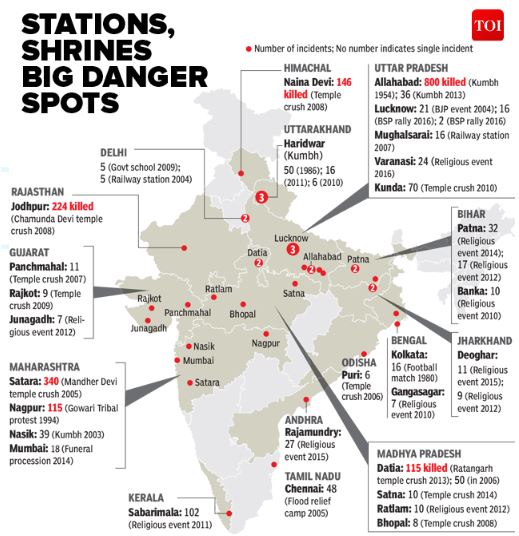 Causes and triggers of stampede:

2.Fire/Electrical: Major causes include fire from makeshift kitchens in the ‘pandal’, inappropriate use of firecrackers, improper electrical wiring during the event etc.

Process of a Crowd Disaster: 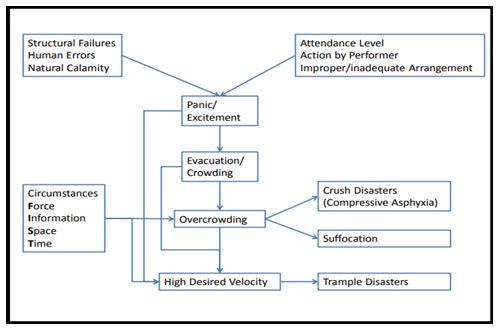 In view of the recurring stampedes at places of mass gathering, including religious places, and typically ad-hoc responses to those, the National Disaster Management Authority (NDMA) had prepared ‘Suggestive Framework for Preparation of Crowd Management Plan for Events/Venues of Mass Gathering’. 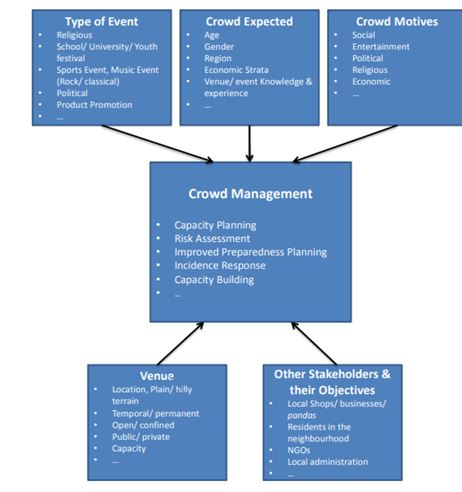 The major recommendations include:

Saudi Arabia mobilizes its human and material resources to ensure security, comfort and welfare of pilgrims. It has been developing and upgrading its security machinery acquiring advanced equipment and providing training to its officers to ensure security of Hajis and ensure crowd management. The hi-tech Jamarat Bridge in Mina, has won the Hanz Edelman Award for the best applied and operational research in 2015. The bridge was instrumental in crowd management and reducing accidents at the Jamarat, which has witnessed several fatal accidents in the past

Note: A pilot project on crowd management has been set up at Sabarimala in Kerala, which has been drafted keeping the individual characteristics of the pilgrimage in mind.