NITI Aayog along with the Institute for Competitiveness has released the second edition of the India Innovation Index-2020.

Significance of the index:

The Government of India has nominated 28 non-official members on the National Startup Advisory Council.

Indian star tortoises have been seized by the Forest officials while being smuggled from Andhra Pradesh to Odisha. 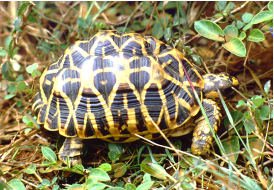 The Department for Promotion of Industry and Internal Trade (DPIIT) has launched a portal called “Regulatory Compliance Portal”.

SC has appointed a Central Empowered Committee(CEC) to look into sand mining in Rajasthan. The panel has submitted its report.

What are the recommendations given by the committee?