Archaeological Survey of India(ASI) has approved an underwater research project to ascertain the origins of the Ram Setu.

As per Election Commission, the remote voting project would be launched soon.

What is an e-EPIC?

The Tripura government is planning to promote Risa textile as the signature textile of Tripura nationally. 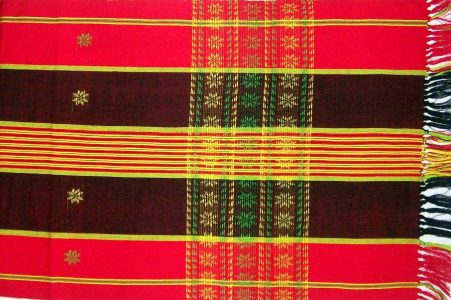 What is Risa textile?

As per a new study, the number of flash droughts could be increased in India, by the end of this century.

Key Takeaways from the study:

Sunderbans is home to 428 species of birds, says ZSI

Zoological Survey of India (ZSI) has released a study titled “Birds of the Sundarban Biosphere Reserve”. The study documents the avifauna of the Sundarbans and also serves as a comprehensive photographic field guide with detailed distribution and locality data for all the species from the region.

Decriminalisation of offences under LLP Act

The Company Law Committee has recommended decriminalizing 12 offences under the Limited Liability Partnership(LLP) Act. It has also said that LLPs should be allowed to issue non-convertible debentures(NCDs) to raise funds. It will help them in improving the ease of doing business for LLP firms.

Recommendations of the committee: