For the first time in India, the Election Commission of India has allowed the casting of postal votes for a certain section of Peoples. In the upcoming Tamil Nadu assembly elections, the ECI allowed elderly voters aged over 80, the differently-abled, and persons tested positive for COVID-19 to cast a vote via postal ballot.

What is the Postal Ballot System?

Procedure for voting through Postal Ballots for these three categories:

The International Intellectual Property Index,2021 has been released.

Collegium System and Appointment of “Ad-Hoc judges” in High Courts

The Supreme Court has asked the reason from the government for delaying the process of appointment of judges. As the government has not cleared the 55 recommendations made by the Collegium for judicial appointments to High Courts.

What is the collegium system through which judges are appointed?

A 400 m long “Ever Given vessel” blocked the Suez Canal. The ship blocked the canal due to a lack of visibility created by bad weather and a sand storm. The officials are still not able to clear the Vessel. So they temporarily suspended the traffic

About the Suez Canal: 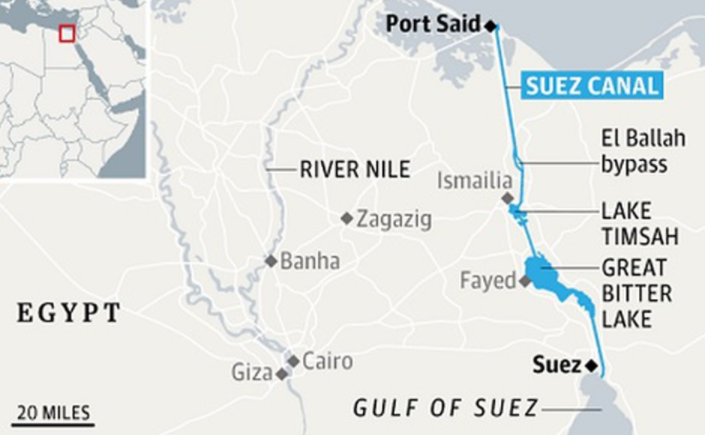 The first inter-state tiger relocation project launched in 2018 has been suspended.

About the First Tiger Relocation Project:

Why Relocation of Tigers? The relocation was meant to serve two purposes:

About Satkosia Tiger Reserve, and why was it chosen for Relocation?

Why has then the Tiger Relocation Project suspended? The project was suspended due to the following reasons:

About United Nations Institute for Training and Research(UNITAR)