Scientists recently for the first time succeeded in wiping out an entire population of malaria-carrying mosquitoes in the lab using a gene editing tool to programme their extinction.

What is Gene Editing?

How does genome editing work? 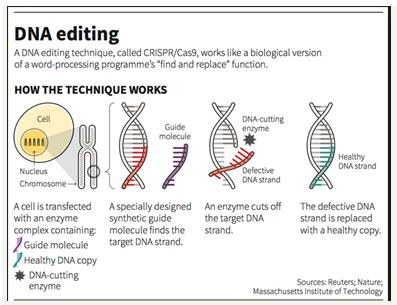 About Genetic Material (DNA and RNA) 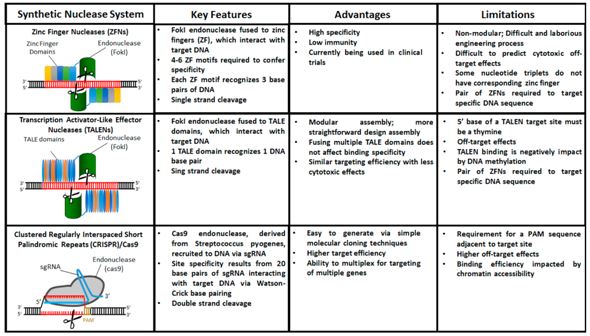 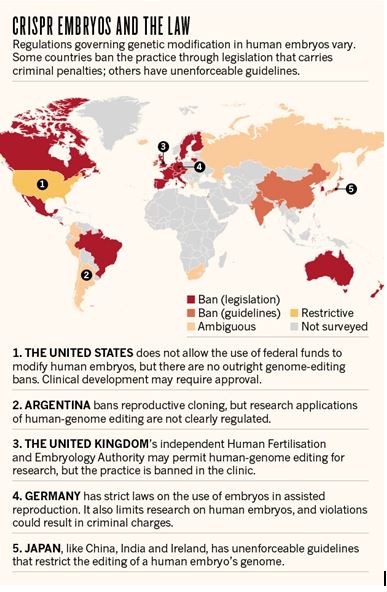 The Nuffield Council on Bioethics has recommended following principles and measures to ensure that genome editing proceeds in ways that are ethically acceptable.