The Issues of UNHRC Resolution against Sri Lanka and India’s Stand – Explained, Pointwise

But since the swearing-in of the new government in Sri Lanka, Human Rights went on downhill. This led to the recent resolution. United Nations human rights chief Michelle Bachelet is appointed to collect evidence of war crimes.

A Civil War broke out in Sri Lanka in 1983. The Sinhalese-dominated Sri Lankan government tried to control the insurgent group Liberation Tigers of Tamil Eelam (LTTE). While the LTTE aimed to establish a separate state for the Tamil Minority people in Northern Sri Lanka. 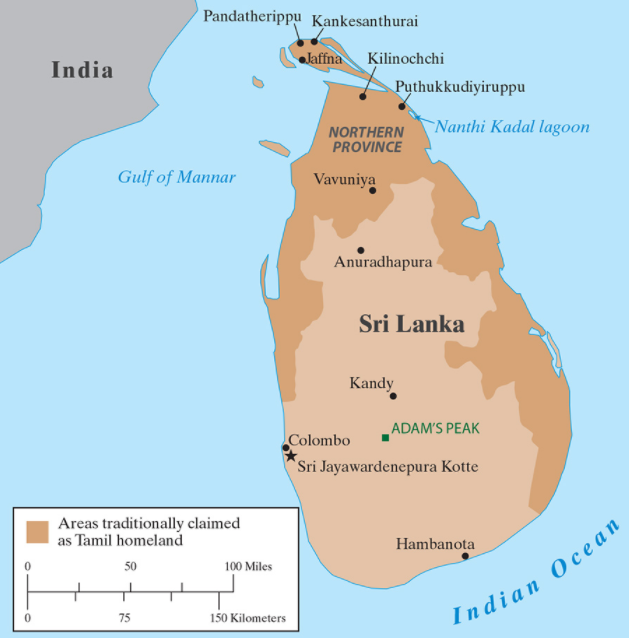 The civil war lasted for 26-year and ended in 2009 with the defeat of LTTE. Both the Sri Lankan Government and the Tamil rebels committed atrocities in the war. According to some estimates, at least 1,00,000 people died during the civil war.

The domestic and international human rights groups including the UNHRC report highlighted the Human Rights violation by the Sri Lankan government even after the war, such as,

The 30/1 resolution and the aftermath

To curb the HR violations in Sri Lanka UNHRC adopted the 30/1 resolution or the consensus resolution in 2015. The resolution aimed to establish reconciliation, accountability, and human rights in Sri Lanka. The Sri Lankan government accepted the resolution under the new President and took the following steps, like,

About the recent resolution on Human Rights Violation

Recently the UNHRC conducted its 46th session. During this, the UNHRC adopted a resolution titled “Promoting reconciliation, accountability and human rights in Sri Lanka”. The resolution mentioned certain important points. Such as,

The resolution was adopted after the 22 states of the 47-member Council Voted in Favour. However, 11 countries including Bangladesh, China, and Pakistan voted against the resolution. On the other hand, 14 countries, including India, Indonesia, Japan, and Nepal abstained.

Impact of the UNHRC resolution

The UNHRC resolution is not a legally binding one. So there is no legal obligation on Sri Lanka to follow the resolution. But the resolution has a great moral significance. This includes,

Other examples of UNHRC resolutions

The UNHRC aims to promote and protect human rights around the globe. Apart from that, they usually adopt a resolution to condemn, investigate alleged human rights violations in countries. The previous few resolutions include,

India never supported the Human Rights Violations in Sri Lanka. But at the same time, India wants the solution to the issue to be internal and not the forced one like the 30/1 resolution. For example, India in 2012 supported a  credible investigation into human rights violations.

The recent UNHRC resolutions provide moral sanctions on Sri Lanka. Since the moral sanctions are internal and vary from person to person, the implementation lies completely with the President of Sri Lanka only. But, International pressure can change Human Rights Violations in any country. So, neutral governance of countries and International pressure during violations are necessary to eliminate the human rights violation in the world.