In response to the debt default by Infrastructure Leasing and Financial Services (IL&FS), the government has appointed a 6-member board to manage the IL&FS.

Non-bank financial Companies (NBFC): A NBFC is a company incorporated under the Companies Act, 1956 which is engaged in the business of Loans and Advances, Acquisition of stocks, equities, debt etc. issued by the government or any local authority. The main objective of this type of a company is to accept deposits under any scheme or manner.

Key differences between NBFCs and Banks: 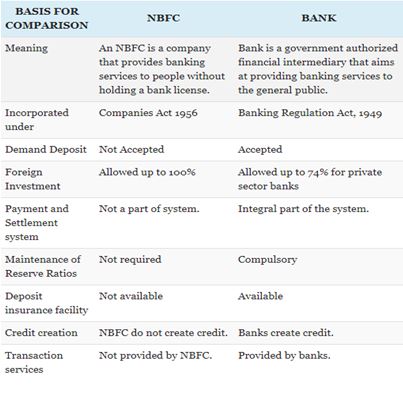 Sources of Funds of NBFCs:

Long term: Term Loans are taken from banks in a single quantum, after deciding on the amount of funds to be deployed in the normal course of operations of the NBFC

Short term: Short term loans offered by an NBFC can be issued by raising funds through Commercial Paper (CPs). CPs are short term unsecured promissory notes issued by companies, with a tenure of 3 months to 12 months.

Debentures: debentures are typically issued to raise short-term capital for upcoming expenses or to pay for expansions. It is a type of debt instrument that is not secured by physical assets or collateral. Debentures are backed only by the general creditworthiness and reputation of the issuer.

Inter-Corporate Deposits (ICD): It is an unsecured borrowing by corporates and financial institutions from other corporate entities registered under the Companies Act 1956. The corporate having surplus funds would lend to another corporate in need of funds.

What is IL&FS crisis? 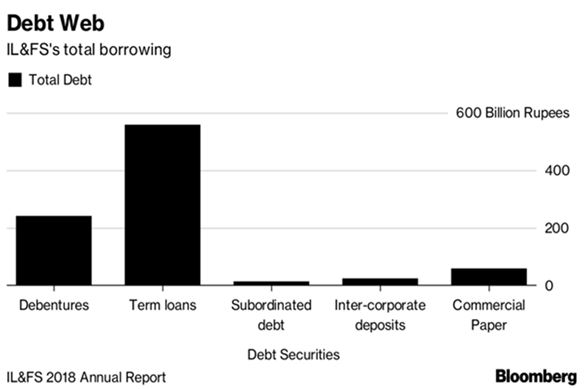 Post IL&FS crisis, the government filed a petition at NCLT under section 241 and 242 of Companies Act. The NCLT had allowed government to take over the board of the IL&FS fearing a contagion effect. Following this, the government appointed a new 6-member board to manage the IL&FS, which has been headed by Mr Uday Kotak.

The RBI took the following steps- 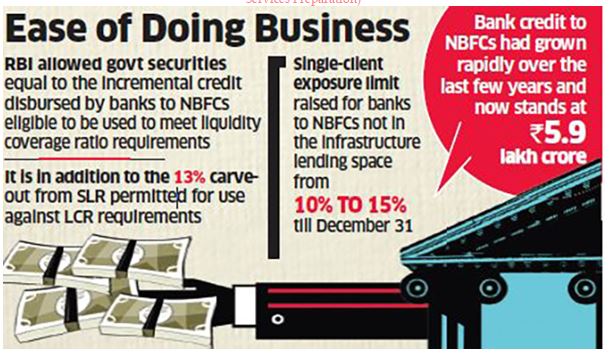