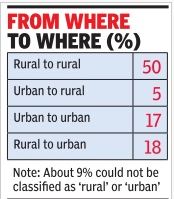 Trend and pattern of Internal Migration in India: 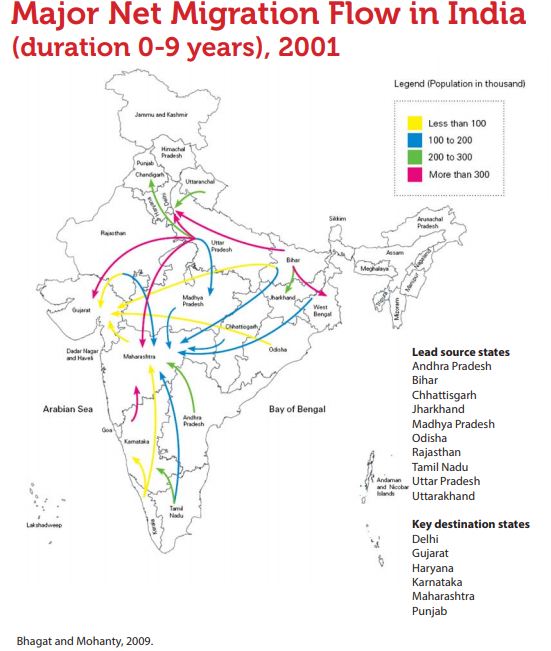 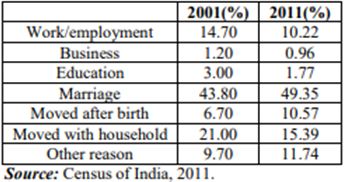 In case of intra-state migrants, majority of the migration is from one rural area to another, due to marriage in case of females and in search of work in case of males. For inter-state migrants, however, the flow is mainly towards urban areas.

Note: Results from the 2011 Census are yet to be released providing data on this migration stream

Inter-State Migrant Workmen (Regulation of Employment and Conditions of Service) Act of 1979: It seeks to address the unjust working conditions of migrant workers, including the necessity of gaining employment through middlemen contractors or agents who promise a monthly settlement of wages but do not pay when the times comes.

Draft Policy Framework for Improving the Conditions of Labour Migrants from Bihar:
The policy seeks to involve all stakeholders, including the source and destination governments, as well as workers’ organisations, to understand and collectively respond to the issues and challenges of labour migrants and their families.