As per a United Nation’s report, the Population Share of the 60+ age group in India will increase to 20% by 2050 from the present 8%. This segment of the population is unable to work either due to age-related restrictions or health-related reasons. Thus, they require adequate financial support from the government for living a dignified and healthy life.

Pension is a regular income paid by a government or an organization to someone who no longer works, usually because of their age, health or social circumstances. A recent report by the Parliamentary committee highlights the inadequacy of the pension amount provided. 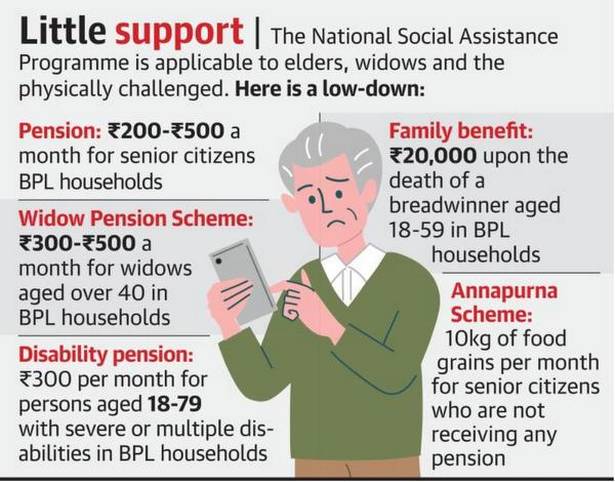 Issues in the Pension system

Need of pension system in India

In a nutshell, the focus of pension schemes should be reaching the intended beneficiaries on time along with financial awareness for encouraging adoption. This will help to sustain the elders, widow and other dependent populations efficiently thereby providing them with an opportunity to lead a dignified life.