NITI Aayog’s  Great Nicobar Development plan aims to promote the holistic development of Greater Nicobar. Based on that, the Standing Committee of the National Board for Wildlife (NBWL) denotified the entire Galathea Bay Wildlife Sanctuary for building port and other related infrastructure.

This would facilitate the realization of NITI Aayog’s master plan for the development of the great Nicobar island. However, experts have expressed concern that this rapid development can lead to disastrous consequences. 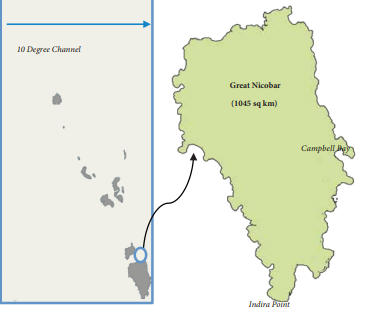 About the Great Nicobar Development plan

India needs to achieve the Vision of “Happy and Prosperous Islanders on ecologically-protected Islands”. To achieve that, India needs to adopt development plans that are technically feasible, economically profitable and socially acceptable.