In a development that could increase tensions between Russia and the US, Russian energy major Gazprom has said that it has resumed building the Nord Stream 2 pipeline. 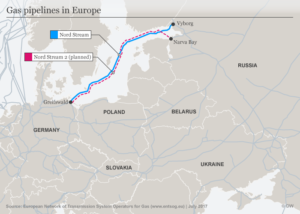 Benefits of the Pipeline:

Why is the pipeline controversial?