Based on the mode of settlement, Payment systems can be classified into two categories: 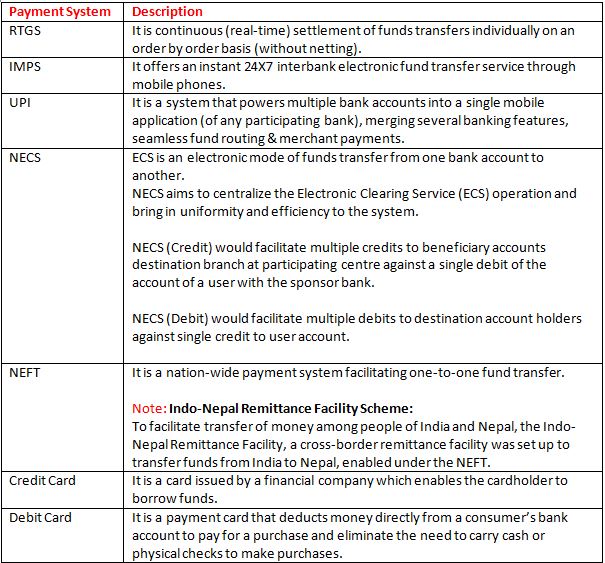 Payment and Settlement Systems Act, 2007: Under the Payment Systems & Settlements (PSS) Act of 2007, two regulations have been made by the Reserve Bank of India:

1.The Board for Regulation and Supervision of Payment and Settlement Systems Regulation (BPSS), 2008:

2.The Payment and Settlement Systems Regulations, 2008: It covers matters like form of application for authorization for commencing/ carrying on a payment system and grant of authorization, payment instructions and determination of standards of payment systems

The issue of independent Payments Regulatory Board (PRB)

A Committee on Digital Payments was constituted under the Chairmanship of Ratan P. Watal. The committee made the following recommendations for strengthening the digital payment ecosystems and enable the markets to be competitive and innovative; safe and resilient; accessible and inclusive:

Following the recommendations of the Watal Committee, in the Finance Act of 2017, the government amended the PSSA, 2007 to provide for a PRB.

It seeks to foster competition, consumer protection, systemic stability and resilience in payment sector and establish an independent Payments Regulatory Board (PRB) to regulate the same. The Bill provides for: 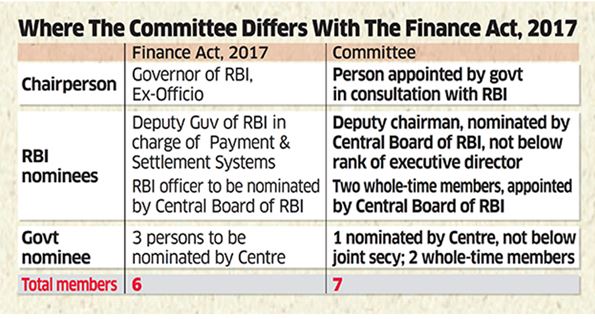 The RBI issued a dissent note on the draft Payment and Settlement System Bill 2018 and advocated the regulation of payments system should remain with the central bank. It put forward the following arguments against creation of an independent PRB:

There should a proper consultation with all stakeholders before creating an independent PRB. Changes should not result in existing foundations being shaken and the potential creation of disturbances in an otherwise well-functioning and internationally acclaimed payment regulation system in India