Roads are the arteries through which the economy sustains. Roads link producers to markets, workers to jobs, students to school, and the sick to hospitals, hence are vital to any development agenda. However, roads can only contribute if they are safe for commuters and government’s main thrust of accident prevention and control has been on 4 E’s (i) Education; (ii) Enforcement; (iii) Engineering; (iv) Environment and Emergency care of road accident victims.

UN has announced 2011-2020 as the ‘Decade of Action for Road Safety’ with an aim to reduce fatalities by 50% by focusing on five pillarsroad safety management, safer roads and mobility, safer road users, post-crash response, and safer vehicles.

Road construction and award of road projects in India: 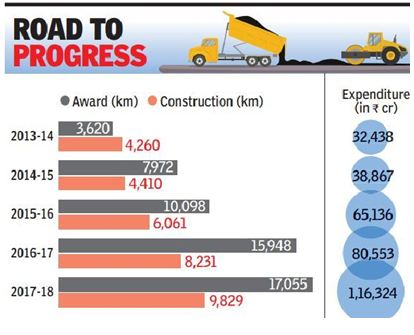 Exposure to adverse traffic environment is high in India because of unprecedented rate of motorization, growing unplanned urbanization and lack of effective traffic management. As a result, incidents of road accidents, traffic injuries and fatalities have remained unacceptably high in India. 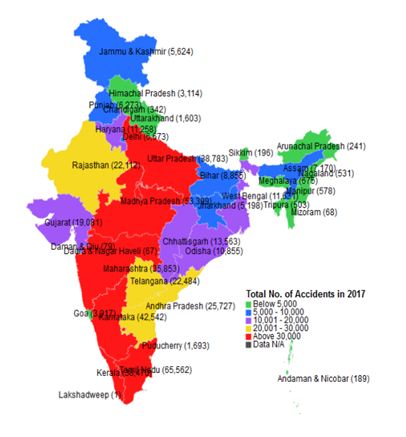 Causes of high incidence of road accidentsand fatalities in India:

Other steps taken by government for Roads Sector:

As a signatory to the Brasilia Convention, the government intends to reduce traffic fatalities by 50% by 2020. A combined and congruent action by state and citizens can go a long way in reducing road related tragedies and loss of life.