As the Prelims draws closer, there is high anxiety among everyone. At this point, we are sharing the strategy by Uma Shankar, one of our diligent students who did SFG very religiously last year and secured Rank 47 in Indian Forest Service. He has also secured Rank in Civils as well.

Here is his story.

Hello everyone, I am Uma Shankar Prasad. I have secured AIR-358 in UPSC Civil Services Examination-2019 (AIR-47 in Indian Forest Services). My Optional subject was Maithili Literature (Mother tongue)

I am from Madhubani, Bihar, did my schooling from Raebareli district, UP. Scored a decent 94.8 % in 10th standard (CBSE board) in 2008 and headed for Kota for IIT JEE preparation. Secured around 89% in 12th board exam and was lucky enough to get a rank in IIT JEE exam-2010.

Graduated from the Department of Chemical engineering, IIT Kharagpur in 2015. Have worked for three years with Dr Reddys Laboratories as Research and Development scientist. Resigned in 2018 and headed to Delhi for UPSC preparation.

I am youngest in my family. My father was a teacher in government school. My elder brother is in Indian Forest service.

It was in my 3rd year when I decided to pursue my career in Civil Services but had no clue how and where to start from. Just after graduation I joined Dr Reddys Laboratories- Hyderabad (Pharmaceutical firm) and worked there for 3. Din’t directly come for preparation because of financial constraint and wanted to have some savings to bear my preparation cost.

It was in 2017 when I gave my first prelims but was unprepared and failed terribly. Again in 2018 missed prelims by 4 marks and hence 2019 was my third attempt.

I gave two attempts (2017and 2018) while I was in job. It was in July 2018, after prelims I resigned from job and came back to Delhi for preparation. I knew it was a big risk leaving a well-paid job and preparing for an exam which involves a lot of uncertainty, but I think that is the demand of this exam.

Having not been able to clear prelims two times, was quite under confident, afraid and anxious. Did’t actually know what was lacking in my preparation. Felt like crying on my first day in ORN but within hours I was able to overcome that fear of uncertainty.

I took coaching for my Optional (Maithili Literature) form Surender Raut Sir. He takes Classes in Mukharjee Nagar as well as ORN. I didn’t take any coaching for GS and did it on my own.

Did all the above sources religiously.

Few important things which helped me score around 120 in prelims.

The syllabus is vast and needs regular revision and solving papers regularly. To stick to regular time table I joined the SFG (Select Focus Group) programme of Forum IAS. It started on 3rd December and continued till April. I found this programme to be extremely helpful for me because:

When you read on your own your mind is working in passive mode, you sometimes read mindlessly. The more you discuss the more you think and your concepts become clear. I was lucky to have my brother who guided me and my friends (counted few) with whom I discussed and studied. It worked for me but may not work for others. I used to study 5-6 hours daily with my friends. We put great efforts in researching things and enriched our notes and books.

Talking about the general books everyone reads Polity (Lakshmikant), History(Spectrum), Economy, Geography ( NCERT,  G C Leong) etc. but we tend to ignore things like CULTURE, MAPS and LISTS at least in our first or second attempt. Looking at the prelims trend of last few years it seems that paper has become a bit tough and hence needs comprehensive preparation. I focussed on these areas meticulously which helped me a lot. 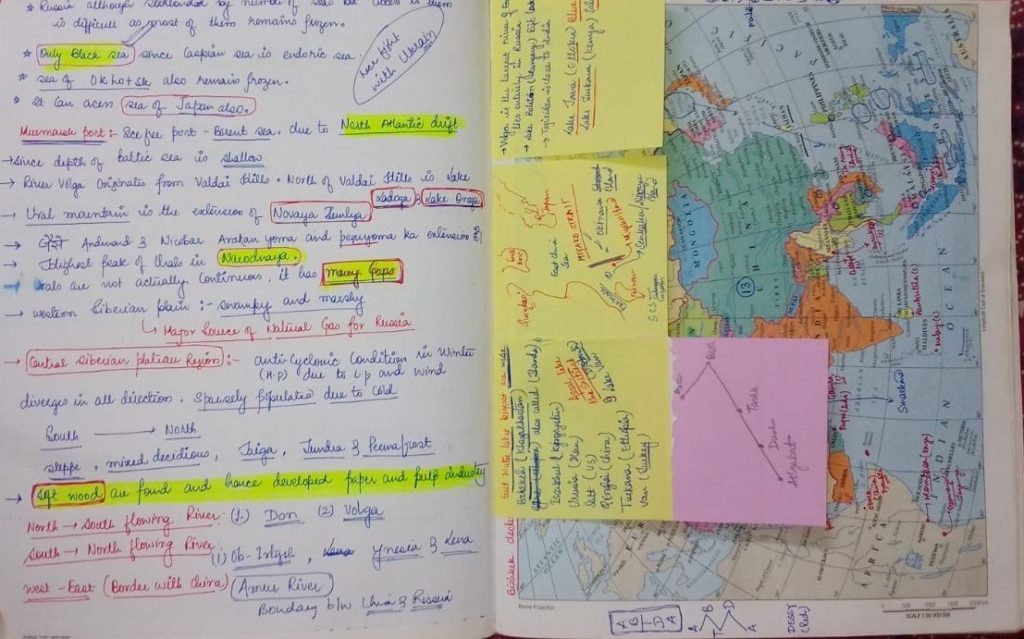 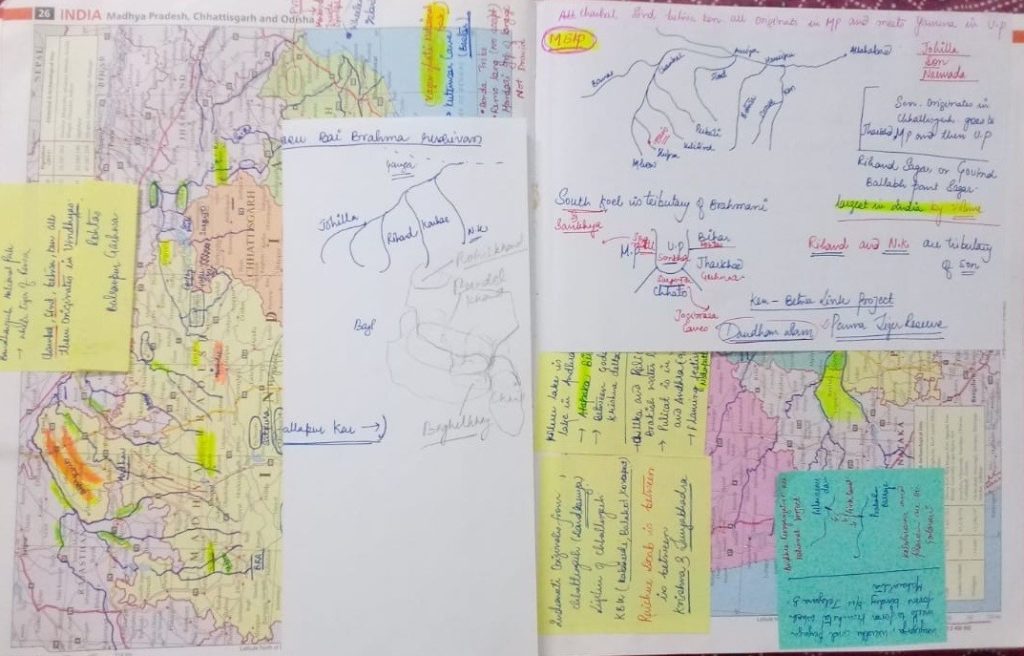 I revised them regularly with my friend. Both of us had similar way of doing maps and it helped us a lot.

CULTURE, ANCIENT and MEDIVAL History: Looking at this section we find that the syllabus to be covered is huge but the number of questions asked is less.

I covered this portion from Nitin Singhania and Lucent (first 90 pages). Now if you look at this portion it looks huge and certainly it is. So, how did I do it? Again Consistency, I and one of my friend decided that we will do this together daily for half an hour. We made a routine and continued doing this for about 45 days. (Ye portion thoda hanste khelte ho gya tha.)

There are a large number of lists of things one has to memorise such as Ramsar Sites, UNESCO sites, National Parks, Tiger reserves, festivals, state birds, state trees and so on.. Sometimes we tend to ignore this. I had all these lists within my reach either in my phone or hard copy and I used to revise them regularly (sometimes with my friends). For example, this image was my mobile wallpaper for long time. 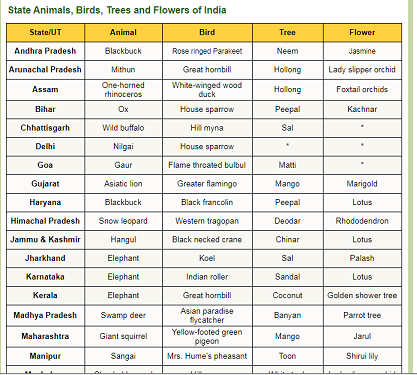 Similarly I had list of all the National parks, its location, special features, rivers flowing through it and so on.

For prelims, I joined Select Focus Group (SFG) of ForumIAS which I found quite helpful. The test series helped me remain on track, motivated and focussed. Apart from this I solved papers of various other coaching institutes from market.

I think one should attempt more than 80 questions (if the paper is very difficult then obviously less than that). One should focus equally on accuracy and maximum attempts.

This was my 3rd attempt and first serious attempt. In first two attempts I think I was neither having time which the exam demanded (as I was in Job) and nor having guidance. This time I was lucky to have both of these.

Prelims I think is the most difficult stage of this exam. I have seen even rankers not able to get through prelims. Hence apart from reading standard books you need to cover extra things that too comprehensively. Do maps, culture, lists of thing etc. which most of the people ignore.

Solve more papers. I have seen people solving around 100 papers (They are obviously senior players) and don’t dare ignore CSAT otherwise, it may cost you one whole year.