‘Social Audit’ is “a public assembly where all the details of a project are scrutinized”. It is “a way of measuring, understanding, reporting and ultimately improving an organization’s/programme’s social and ethical performance”.

Origin of social audit in India: 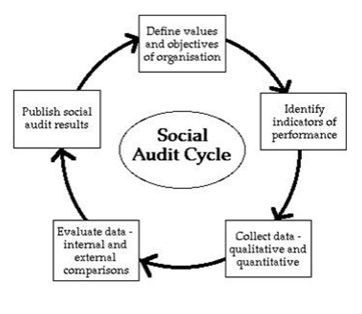 The main reason for the push for social audit is the huge disconnect between what people want and what people get. As soon as social audit kicks in, it exercises its control over the policy developers and implementers in the following manner:

Social audit Vs Other Audits:

Social Audit process can be made more robust through: