The department of telecommunication (DoT) successfully conducted the spectrum auctions in March 2021. The government generated over Rs 77,000 crore from the auction as compared to Rs 45,000 crore expected

However, the government has skipped the sale of the much-coveted 5G airwaves in this round. Auctions for that would be done in the future. 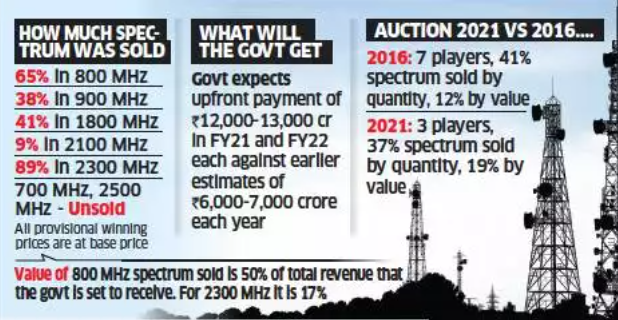 About the recent spectrum auction

What is a spectrum auction?

Spectrum is a perishable scarce resource and loses its value if left unused. It is important for the government to ensure that the spectrum put on the block is sold in the most optimum way. This can be rightly done by balancing the interests of business, government and consumers.