Recently, the Lok Sabha passed the Surrogacy (Regulation) Bill, 2016 and is set to be placed before the Rajya Sabha.

Note:The Law Commission in its 228th Report in 2009 recommended for legalizing altruistic surrogacy and to ban commercial surrogacy.

Key Highlights of the Bill

Note: The Surrogacy Bill was referred to the Department-related Parliamentary Standing Committeeon Health and Family Welfare for examination and report. 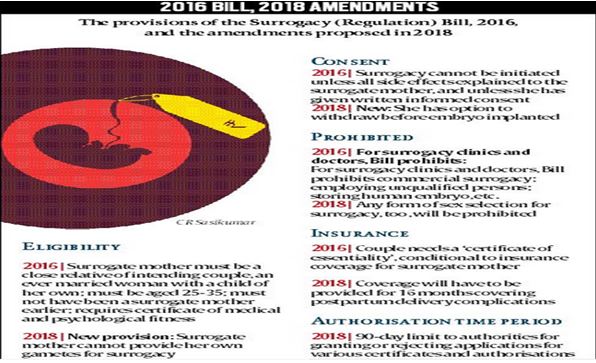 Major issues with the bill