The Aadhaar and Other Laws (Amendment) Bill, 2018: A Critical Analysis

The Aadhaar and Other Laws (Amendment) Bill, 2018 has recently been passed in Lok Sabha 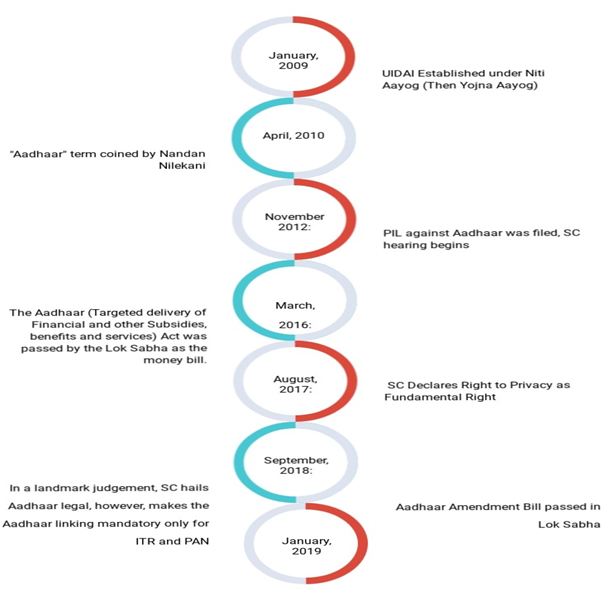 Aadhaar (Targeted Delivery of Financial and Other Subsidies, Benefits and Services):

Issues and Concerns over AadhaarAct, 2016:

a) Data security: Concerns have been raised over security of singular mega-database of sensitive data. Leaking of sensitive personal data would breach individual’s privacy.

b) Identity Theft:Aadhaar-enabled Payments System (AePS), has created a vulnerability to identity fraud and identity theft.

c) Personal Integrity: another privacy concern is undermining of personal integrity arising from the discomfort from information about our lives being available to people or institutions with whom one does not wish to share it.

e) Surveillance: Critics have raised concerns that Aadhaar can lead to a surveillance state where each individual canbe kept under surveillance by creating his/her life profile andmovement as well on his/her use of Aadhaar.

f) Personal data economy: Critics argue that Aadhaar would lead to the creation of a personal data economy and commercial exploitation. It is a serious concern in the absence adequate digital and legal literacy and data protection measures.

3. Reduction of Constitutional Identities: Critics such as Justice Chandrachud observes that constitution recognizes multitude of identities through the plethora of rights that it safeguards. However, the technology deployed in the Aadhaar scheme reduces different constitutional identities into a single identity of a 12-digit number thus undermining individual right to identify herself/himself through a chosen means.

The Supreme Court upheld the Aadhaar scheme as constitutionally valid.The key takeaways from Aadhaar judgement are: 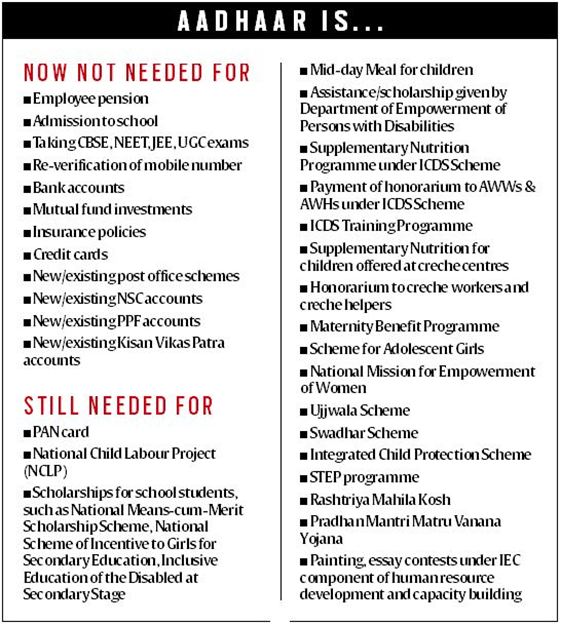 The Aadhaar and Other Laws (Amendment) Bill, 2018

3.Amendment to Telegraph and PMLA Act:

4.Deletion of Section 57:Section 57 of the Aadhaar Act, which enabled private authentication, has been deleted.

Criticism of the Bill:

The Aadhaar has been acknowledged as an inclusive tool that effectively delivers social welfare programmes to the poor. However, it is also riddled with highly problematic privacy issues and other challenges. The privacy concerns and data security around the Aadhaar identity number are a high priority to address and necessitates a robust data protection regime and privacy protection legislation in India. The Aadhaar project should also have a transparent mandate and no ensure no citizen is left behind while delivering social benefits.